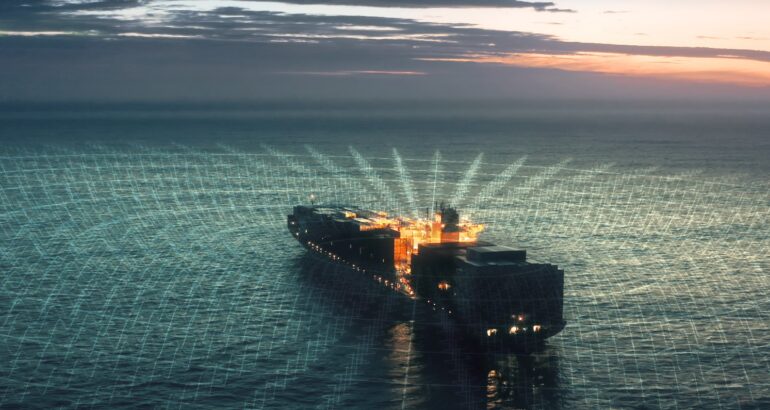 Since early November, more and more vessels navigating in Chinese waters are disappearing from the tracking systems normally used in maritime transport, likely following the introduction of the new Chinese law on the protection of personal information, which came into effect last 1st November.

This law compels all handlers of Chinese data to get government’s approval before any transfer of data to foreign countries. Although the law does not specifically mention sea freight, maritime companies could be withholding information just to be “on the safe side” while waiting to know exactly what they are allowed to share. The enforcement of this law and the blockage of information are worsening the current shipping crisis and congestion of ports. From 21 to 28 of last November, Unseenlabs made several satellite acquisitions in East China sea to highlight the ships now missing from AIS screens.

Since early November, a growing number of ships seem to vanish from conventional tracking systems as they approach Chinese coasts. According to VesselsValue, the number of ships broadcasting AIS signals from Chinese waters has dropped by 90% since the entry into force of the new law.

Normally vessels can be identified via their AIS transponders, which broadcast the ship’s geolocation as well as other information such as its MMSI number (a unique 9-digit number associated with each ship) type (carrier, tanker, fishing vessel), nationality, course, speed… The AIS identification system was made compulsory for most ships by the IMO (International Maritime Organization) to all signatory flag states of the SOLAS convention (Safety of Life at Sea) to facilitate traffic and avoid collisions. But since its implementation wider uses of the system have developed, and it has become an essential tool for port management, by providing information on berth availability and anchorage waiting times among other things.

While it has its flaws as a surveillance tool, the AIS system has become essential for the management and monitoring of sea freight flows worldwide.

Chinese authorities invoke national security and sovereignty issues for this measure, saying that foreign intelligence agencies and companies use the AIS system to keep track of Chinese military vessels and gather sensitive economic intelligence, according to a Chinese state media report. Although nothing in the law refers to AIS data, maritime transporters are being cautious and withholding the data while waiting for more information.

As a result, most ships are not visible from traditional surveillance systems once they get close to Chinese shores. In this new context, the AIS system doesn’t provide an accurate picture of traffic at sea, as shown in Unseenlabs’ series of satellite acquisitions in that area (space-based radiofrequency signals detection): in the sample below, more than 60% of ships in the area have disappeared from AIS screens.

An important consequence of this new regulation is the disruption of sea traffic due to a lack of data on ships positions: six of the world’s ten busiest container ports are in China, it is therefore essential to have visibility on ships departures, arrivals, and general flow of activity around Chinese shores.

An exhaustive picture of traffic at sea with space-based RF signal interception.

Unseenlabs’ radiofrequency detection system allows for an exhaustive picture of marine traffic near the Chinese coasts, revealing the number and location of all ships in the area, with or without AIS.

This new disruptive technology provides all maritime stakeholders in need of precise and up-to-date information on marine traffic with a new type of data that contributes to a new level of accuracy in maritime domain awareness. The new situation around Chinese shores illustrates the limits of current data sources such as the AIS system and highlights the need for alternatives, such as space-based RF detection, for a thorough picture of human activities at sea.