According to local media, the Chief of the Indonesian Navy (TNI AL) sees eye to eye with Indonesia's Ministry of Defence regarding the procurement of two Scorpene submarines from Naval Group.

The statements were made shortly after a high level visit of the Republic of Korea Navy’s CNO who was supporting a second batch submarines contract from South Korean shipbuilder Daewoo Shipbuilding & Marine Engineering (DSME). Contacted by Naval News, a Naval Group spokesperson said he had no comments to make about the media reports.

Two weeks later, Naval Group and PT Pal signed a Memorandum of Understanding seeking to leverage the capabilities of both partners to meet the growing requirements of the Indonesian Navy. The signing came a visit by Naval Group’s CEO to the local shipyard PT PAL Indonesia.

The MoU covers the purchase of two Scorpene-type submarines along with support, weapons, and training.

Scorpène® is a conventional submarine designed by the Naval Group for the export market. It demonstrates both the Naval Group’s ability to deliver best-in-class submarines and to conduct successful transfers of technology. Today 14 Scorpène® submarines are in operational service or being built, for the Chilean Navy (2 units), the Malaysian Navy (2 units), the Indian Navy (6 units) and the Brazilian Navy (4 units).

The Scorpène® design is adapted to fit each navy’s specific requirements. Thus, the Brazilian Scorpène® will be slightly longer to carry a larger crew, almost double the patrol range, and be able to cover greater distances. 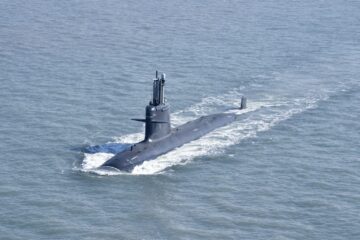