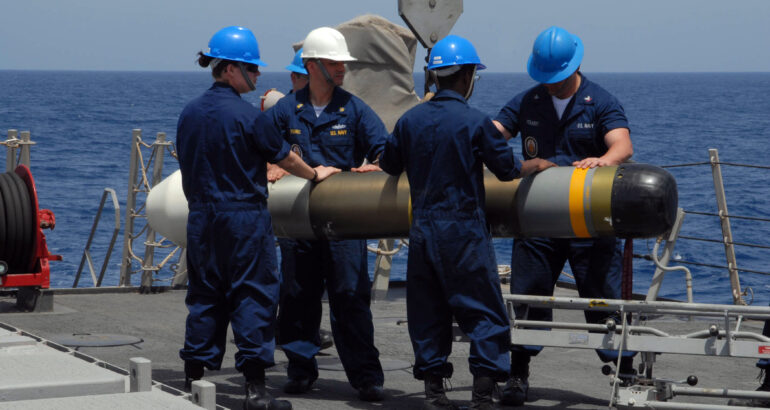 Curtiss-Wright Corporation announced that it was selected by Progeny to provide Modular Open System Approach (MOSA) computers and digital processing modules for use in the U.S. Navy’s MK54 and MK48 torpedo upgrade programs. The contract has an estimated lifetime value of $70 million.

“We are very proud to have been selected by Progeny to provide our rugged commercial-off-the-shelf (COTS) technologies to support the upgrade of the U.S. Navy’s MK54 and MK48 torpedoes. Curtiss-Wright’s selection on this upgrade program is another recent example of how our technology leadership in MOSA-based rugged COTS modules is helping to modernize military platforms rapidly and cost-effectively with open-standards solutions.”

The processor modules covered by this agreement are being shipped to Progeny in Manassas, Virginia and Charleroi, Pennsylvania.

The MK 54 lightweight torpedo is the primary anti-submarine warfare weapon used by U.S. Navy surface ships, fixed-wing aircraft and helicopters. Designed to operate in shallow waters and in the presence of countermeasures, it can track, classify and attack underwater targets.

To replace the aging fleet of torpedoes, the U.S. Navy worked with Raytheon Integrated Defense Systems, a former business unit of Raytheon Company, to design and develop an improved LWT. The MK 54 combines the advanced sonar transceiver of the MK 50 torpedo with the legacy warhead and propulsion system of the older MK 46.

The MK 48 heavyweight torpedo is used by all classes of submarines as their anti-submarine warfare (ASW) and anti-surface warfare (ASuW) weapon.

Since then, the US Navy has provided discrete improvements to MK 48 MOD 6 via upgrade kits to the torpedo’s guidance and control and propulsion systems. The MK 48 MOD 6 torpedo reached Initial Operational Capability (IOC) in 1997 and continues to receive software upgrades.

The latest version of the MK 48 is the MOD 7, which is optimized for both traditional and emerging missions. The MK 48 MOD 7 torpedo is the result of a Joint Development Program with the Royal Australian Navy and reached IOC in 2006. The MK 48 MOD 7 hardware upgrade has enabled further software improvements to the MK 48 that provide increased capability in the most challenging scenarios.