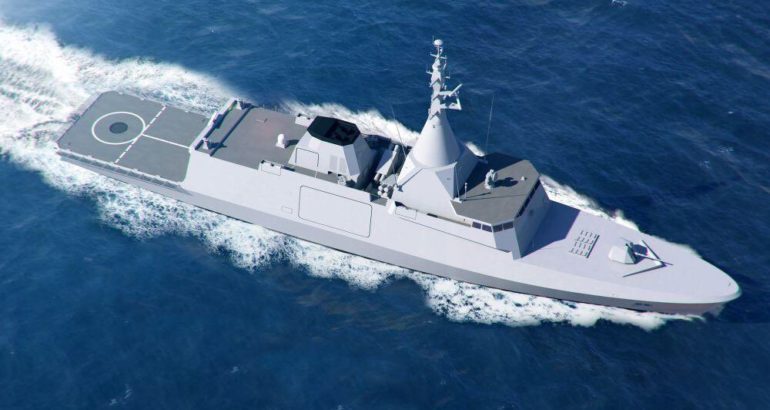 France and Romania inked a letter of intent (LOI) aimed at increasing the cooperation between the two countries in the naval field.

According to the French Ministry of Armed Forces, the LOI was signed on 15 June 2022, on the sidelines of an official visit by French President Emmanuel Macron. The head of state was visiting French soldiers deployed to Romania as part as NATO’s reinforcement following Russia’s invasion of Ukraine.

The LOI was signed by the new French Minister of Armed Forces, Sébastien Lecornu, and by his Romanian counterpart, Vasile Dincu. According to the official French MoD statement:

“This letter of intent marks the desire of our two countries to cooperate in the naval field. In the current strategic context, Romania wishes to develop its naval capabilities by relying on French industrial know-how and the operational credibility of our Navy”.

For the record, Romanian authorities announced in 2019 the selection of Naval Group and its partner local shipyard Santierul Naval Constanta (SNC) for the programme to build four new corvettes. The deal also includes the modernization the in-service T22 frigates and the creation of a maintenance and training centre. However the deal has yet to come into force.

According to Dutch media Marineschepen, Dutch shipbuilder Damen (who has a shipbuilding facility in Romania) filed an official objection with the anti-corruption authorities of Romania and the Bucharest Tribunal. However, this had no effect, so that Naval Group was definitively designated as the winner. Some of the more recent delays would be due to disagreements between Naval Group and SNC on workshare. But the LOI signed on 15 June likely shows that an agreement is about to be reached.

“Naval Group and its partner SNC have been selected in 2019 to build four new Gowind multi-mission corvettes, to modernize the T22 frigates and to create a maintenance centre and a training centre. We are committed to providing the Romanian Navy with the ships it needs to fulfil its missions in the best possible timeframe and are discussing with the Romanian authorities to finalise the contract.”