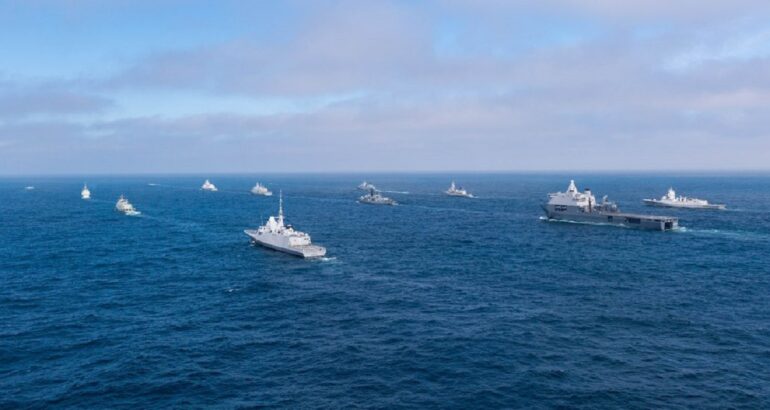 Dynamic Mongoose is an exercise held in the Norwegian Sea every summer, where surface ships, submarines, as well as aircraft and personnel converge for anti-submarine warfare training.

The aim of Dynamic Mongoose is to provide all participants with complex, realistic and challenging warfare training to enhance their interoperability and proficiency in anti-submarine and anti-surface warfare disciplines, while maintaining focus on safety.  During the exercise, submarines will take turns hunting and being hunted, closely coordinating their efforts with the air and surface participants.

Led by Allied Maritime Command, the long-planned exercise also demonstrates the readiness and mobility of the maritime element of the Very High Readiness Joint Task Force (VJTF), the spearhead of the NATO Response Force (NRF).

“These exercises are designed to gain experience, enhance teamwork, and improve knowledge of the operating area strengthening the NATO Alliance’s interoperability. They will take place in the expansive waters of the GIUK Gap between Iceland and Norway, demonstrating NATO’s ability operate in the area, including our role in maintaining freedom of navigation for the international maritime community.”