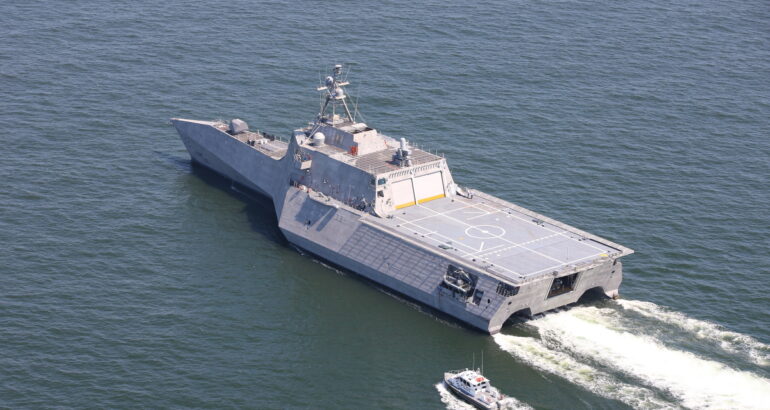 Delivery documents were signed on board the ship and followed the successful completion of acceptance trials during which the ship’s major systems and equipment were tested to demonstrate mission readiness. The ship’s pre-commissioning unit will now prepare the ship for fleet introduction.

“Delivering the future USS Santa Barbara is a proud moment for Austal USA shipbuilders who worked extensively with Navy teammates and suppliers from across the nation to produce a capability that will serve our country for years to come,” remarked Rusty Murdaugh, president of Austal USA. “The fact that we’re delivering that capability on-time and on-schedule demonstrates our commitment to the warfighter and our nation’s defense.”

Austal USA is currently constructing three LCS including the recently launched future USS Augusta (LCS 34). Final assembly is underway on the future USS Kingsville (LCS 36) and modules are under construction for the future USS Pierre (LCS 38).