Belgium is considering deploying one of its Tripartite-class minehunters to the Black Sea, the Defense Minister Ludivine Dedonder said on Wednesday.

The announcement was made by the Defense Minister on July 13, at the Chamber of Representatives’ National Defense Committee:

“Discussions are still ongoing, but in the context of close cooperation with the Dutch Navy, the [Belgian] Ministry of Defense has made an initial analysis of the feasibility of participating with a mine hunting vessel in an operation in the Black Sea,”

A Belgian Navy minehunter “could participate in such an operation this year, albeit at the cost of an already planned NATO deployment,” the Defense Minister added.

“However, the circumstances in and around Odessa, with Russian Federation units at sea on the one hand and a minefield with anchored sea mines on the other, mean that a purely military solution is not an obvious choice.“

An agreement from both sides will be required, while Turkey will also have a role to play under the Montreux Treaty, following its decision to close the straits in February. “It is believed that if our ships can enter the Black Sea, Russia will also take the opportunity” the Defense Minister said.

According to her, there is a strong possibility that transiting bulk carriers will need to be inspected or controlled. This could be carried out by means of boarding teams under the UN flag, whereby the EU can also play a role in securing the transit of merchant ships. “In order to visibly emphasize the humanitarian character, involvement of the Red Cross is also desirable,” she concluded.

The statement came on the same day Turkey hosted a “Grain Corridor Summit” in Istanbul. Representatives of Ukraine, Russia, UN and Turkey participated in the meeting.

After the meeting, Turkish Defence Minister Hulusi Akar said that the participants had agreed on the technical issues related to the opening of a transit corridor for the transportation of Ukrainian grain from the Black Sea.

“As a result of the meeting, which took place in a positive and constructive atmosphere, agreement was reached on basic technical issues, such as the establishment of a coordination center in Istanbul, where representatives of all the parties will be present, joint controls at port exits and entrances, and ensuring navigational safety on departure roads,”

The two sides will attend a second meeting in Istanbul to discuss further coordination and sign an agreement on the points agreed so far. 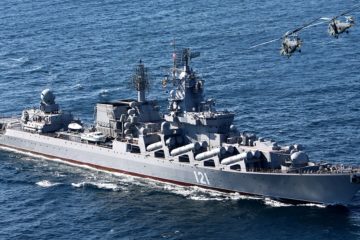