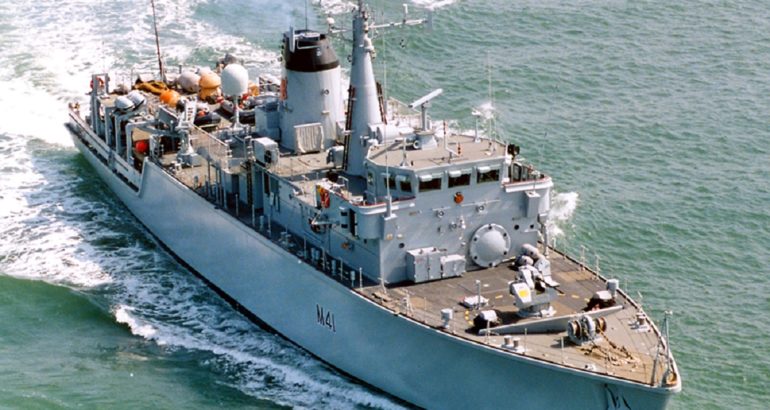 On behalf of the Lithuanian Government, the Defence Equipment Sales Authority (DESA) awarded the contract that will see HMS QUORN renovated and restored, bolstering NATO maritime capability in Europe.

Supporting ambitions to bolster British shipbuilding, laid out in the National Shipbuilding Strategy Refresh, the regeneration will support 100 jobs at the south-west shipyard.

The work will see an influx of contractors for the project across the local and national supply chain, with 14 major subcontract packages in engineering, equipment and integration, along with other refurbishment services.

“I’m pleased that this multi-million pound contract will see a former Royal Navy mine-hunting vessel restored and regenerated in a British shipyard, supporting UK jobs and strengthening shipbuilding in the south-west.”

Lithuania is a key NATO ally and Joint Expeditionary Force partner, and this mine-hunting vessel will bolster NATO maritime capability across Europe, ensuring the Alliance remains ready to respond to evolving global threats.

HMS QUORN completed 27 years of Service with the Royal Navy before being sold to Lithuania in April 2020. The vessel patrolled the seas as part of the Royal Navy fleet of Hunt Class Mine Countermeasures Vessels (MCMVs) until 2017.

The Hunt Class vessels specialise in active mine-hunting. They use high-definition sonar to scour seabeds for mines, which are then destroyed by the ship’s clearance diving teams or mine disposal system.

A key NATO ally and partner in the Joint Expeditionary Force (JEF), Lithuania will add the restored mine-hunting vessel to its existing fleet, with the addition of this capability boosting NATO capability across Europe.

Tailored for the Lithuanian Navy, the work includes upgrades to the ships mission and sonar systems, and an additional search and rescue capability. The contract will also add new main engines, generators and propulsion gear as well as refurbish the accommodation, hull, ancillary systems, electrical systems and painting.

“This contract award reinforces our excellent working relationship that we have with Lithuania as our NATO ally as well as UK owned Harland & Wolff. We’re really pleased to see HMS QUORN refurbished in Appledore Shipyard and look forward to continuing our work with them supporting the British supply chain.”

The UK MoD’s DE&S announced via a press release published on 30 April 2020 that the former HMS Quorn will be transferred to Lithuania.

About Hunt-class Mine Counter Measures Vessel

The Hunt-class MCMV is a 725 tons vessel specialized in active mine hunting built by Vosper Thornycroft and Yarrow Shipbuilders Limited for the Royal Navy from 1979. Of the 13 vessels built, 10 remain in service today. The Greek and Lithuanian navy each have two vessels in their fleet.

The vessels were originally equipped with two ECA Group PAP 104 mk3 remotely controlled mine disposal vehicles for the identification and disposal of mines and Seafox C expendable mine-disposal vehicle. In Lithuanian Navy service however, these ships are now likely fitted with the more modern K-STER by ECA Group. The Hunt-class is fitted with an Easytrack subsea acoustic tracking system which is integrated as part of the Seafox mine disposal system.

The Hunt-class surface warning and navigation radar is the Kelvin Hughes Type 1007 naval radar operating at I-band and is equipped with the Thales Sonar 2193 hull-mounted wide band sonar.

The mine counter measure vessel is manned by a crew of 47 sailors. The weapons suite consists in a single 30mm DS30M Mark 2 gun, 2 miniguns and 3 general purpose machine guns.

Thanks to its weapons and sensor systems, the Hunt-class can combine both mine warfare and maritime patrol missions.

Martin Manaranche 30 Aug 2021
The Indian MoD issued a request for information intending to lease or procure three to four Mine Countermeasure Vessels (MMCV)... 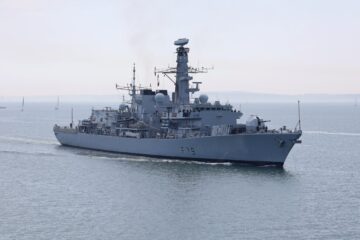