According to the manager of LIGNex1 at the booth, the 3.2-ton Sea Sword-V will be equipped with state-of-the-art surveillance systems such as EO /IR, electronic mast, radar and pressurized water cannons to help defend against illegal fishing vessels or small crafts. Its top speed is more than 40 knots while withstanding a wave height of 2.5 m, and it has an operational range of 15 km.

LIG Nex1 also stated that the Sea Sword-V is capable of avoiding obstacles and operating unmanned on predetermined routes, even in the worst maritime conditions. For military purposes, the USV could be used as follows: Surface Surveillance, Mine Detection, Enemy Engagement, Readiness Training Support, etc. Civilian use cases include marine environmental exploration, inspection of underwater objects, and civilian search and rescue operations at sea in the event of maritime or coastal disasters.

The ROK Navy welcomes Sea Sword-V due to the advantage that it could be efficiently operated without much manpower. South Korean Navy needs USVs like the series of Sea Swords to manage the Northern Limit Line (NLL) properly, but the gigantic size of the ROK Army for geopolitical reasons in the region has always aroused concerns about the lack of human resources for the ROKN and ROK Air Force. USV consequently became an appropriate solution that offsets such a concern.

Sea Sword assets are expected to overcome the ROK Navy’s chronic security concern: lack of crews of old patrol ships and corvettes, the pressure of perfect defense of the Yellow Sea. If the Marine Corps also chooses to acquire this asset, it will be the Navy that would benefit from this and lessen the burden of coastal defense.

LIG Nex1 previously completed the trials of another variant of this family of USV designed for the ROK Navy, known as Sea Sword-II.

“LIG Nex1 will provide the optimal solutions for maritime operations based on technical knowledge acquired from satellites, unmanned aircrafts. We will do our best in R&D activities to strengthen Korea’s future naval power by taking advantage of the fourth industrial revolutionary technologies.” 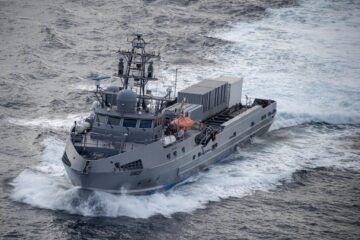 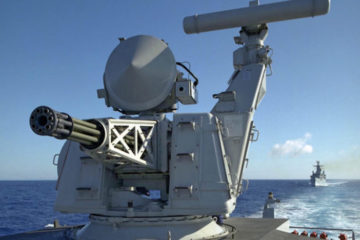 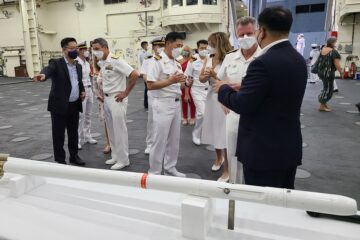