Home» News»DARPA Updates on its Sea Train and NOMARS USVs 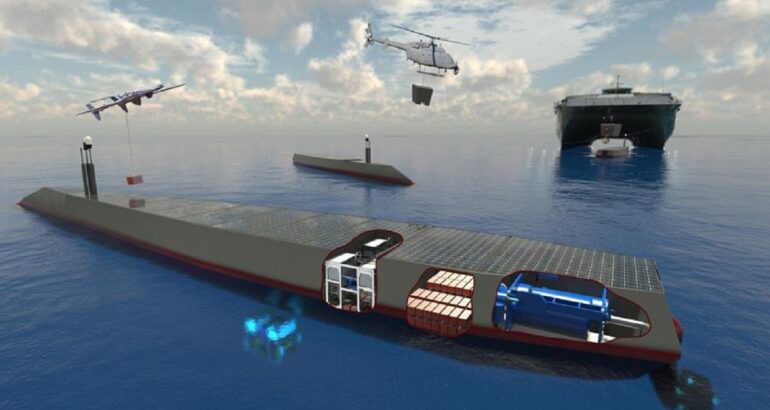 DARPA Updates on its Sea Train and NOMARS USVs

In July 2022, Naval News inquired to the U.S. Defense Advanced Projects Research Agency (DARPA) for updates on two of its programs, the Sea Train project and the No Manning Required Ship (NOMARS). Both are Unmanned Surface Vessel (USV) programs. These are DARPA projects that have been covered by Naval News in 2020 and 2021.

DARPA replied to Naval News in mid-July 2022 via email with updated information.

“The Sea Train project is about to go into a new phase. We will be making an announcement about that soon“

Naval News: What progress has been made since the 2020-2021 DARPA contract awards for the Sea Train Project and the No Manning Required Ship (NOMARS)?

DARPA: “Stay tuned…DARPA is working the contracting for NOMARS Phase 2, and when the contract is awarded, expect announcements from DARPA and the performer.  These should be coming in a few months.”

Naval News: Autonomous technology has really matured recently…what design and engineering challenges remain in 2022-2023 regarding the Sea Train and NOMARS that is preventing or slowing a huge production of these contracts?

DARPA: “Ultimately DARPA is building a NOMARS demonstrator – we don’t do ‘production runs.’ The goal for NOMARS is to demonstrate a next-generation USV [unmanned surface vessel] capability that could be transitioned for a large production run if that’s what’s decided after demonstration of the concept.”

Naval News: What contracts have been awarded and have any prototypes been built?  If so, do you have any photos of graphics to share of these vessels?

DARPA: “Wait for the Phase 2 contract award announcement to see updated graphics.   Our NOMARS demonstrator will be constructed and demoed in Phase 2.”

Naval News: Who is the shipbuilder for these contracts?

DARPA: “As before, wait for the Phase 2 contract award announcement.  You will know in a few short months!”

Naval News: How does NOMARS look like?  Is it a barge?  What is the desired speed for these USVs and why can’t DARPA use LUSVs, MUSVs, ESB, or EPFs as unmanned demonstrators instead?

DARPA: “NOMARS is not a barge; it is a MUSV [medium-sized unmanned surface vessel].  However, to the other part of your question, we are attempting to develop a next-generation MUSV class that has significantly higher reliability and availability, and carry significant payload for its size.   Leveraging any existing design would defeat the purpose of the DARPA program.”

Naval News: Did the US Navy or USMC adopt any of these DARPA contracts and vessels?

DARPA: “NOMARS is still an active program and as such, it is too soon for the Navy/USMC to adopt the vessel.  However, we are working closely with the Navy so they are aware of our design and its anticipated performance, and our goal is to transition work done in NOMARS to the services at the completion of the program.”

Naval News: What is the estimated unit cost per each DARPA vessel?

DARPA would not disclose the cost per each vessel or project at this time.

Naval News: How has COVID-19 impacted these DARPA contract awards?

DARPA: “The availability of long-lead items has impacted many program schedules.   While we are tracking long-lead items as a schedule risk in NOMARS, we have been working that problem and currently believe we can meet the original development schedule.”

Naval News: Why focus on USV logistic vessels and not drone aircraft carriers or unmanned seaplanes or unmanned submarines and warships?

DARPA: “NOMARS is a demonstrator of a next-generation USV.  It is not focused on any specific mission, and has enough design flexibility that acquisition designs could conduct a number of different operations.”

Naval News: What is the difference between the Sea Hunter technology USV demonstrator program and NOMARs for the “Next-Generation USV” program?  Is Sea Hunter for weapons and NOMARS for logistic payloads?

DARPA: “Sea Hunter was the first large (greater than 100-ton displacement) USV. Just as DARPA has had many UAV [unmanned aerial vehicle] programs that occurred after ‘Amber’ (which wasn’t the first UAV to fly), similarly the department may choose to have multiple USV [unmanned surface vessels] programs to tackle hard development problems.

“The ACTUV program (Sea Hunter was the name of the ship, not the program) explored the development of the first USV. That doesn’t mean all the hard problems are solved.  Specifically, NOMARS is addressing the ‘next-gen’ problem of designing and demonstrating a USV that is optimized for three design considerations simultaneously: 1) Optimizing unmanned ship design for maximum performance when all human survivability constraints are removed from the platform (there will be no people on NOMARS at any time when away from the pier); 2) Maximizing the reliability of the design, with the goal that the ship can operate for a year between maintenance cycles; and 3) maximizing the maintainability of the design – e.g. when the ship goes into port for a maintenance cycle, how do we design the ship to make that turn-around as cost efficient and scalable as possible, enabling a future with large numbers of such ships?  Building a design that is good at all of these things simultaneously is a hard problem that is beyond the scope of any existing ship design and certainly is different from all the unmanned ships that currently exist.

“As for the `Is Sea Hunter for weapons and NOMARS for logistics?’ question:  No – they are both platforms that can carry payload.  Ultimately what payload the US Navy would have future generations of USVs carry is part of their decision space, but there is nothing unique to the NOMARS philosophy that makes it more compatible with warfighting payloads vs. logistics payloads.” 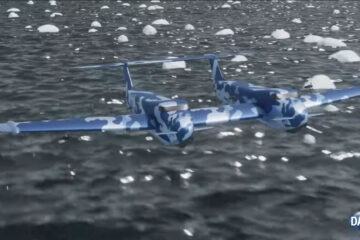