Home» News»Opinion: Why did Russia give up Snake Island?
Ukrainian stamp symbolizing the resistance of Snake Island against Russian Black Sea Fleet

The Russian Ministry of Defence made a surprise announcement on June 30, 2022, that the Russian armed forces had abandoned the famous Snake Island as a "gesture of goodwill". The reason appear dubious considering previous Russian invasions of different territories. So what is the real reason for Russia giving up Snake Island?

“On June 30, as a step of goodwill, the Armed Forces of the Russian Federation completed their assigned tasks on Snake Island and withdrew the garrison stationed there. Thus, it was demonstrated to the global community that the Russian Federation does not interfere with the efforts of the UN to organize a humanitarian corridor for the exports of agricultural products from Ukrainian territory.”

Snake Island in the Russia-Ukraine war

The Russian Black Sea Fleet captured Snake Island in the first week of the war with an attack carried out by the former flagship of the fleet, the ex-Moskva, and the patrol boat Vasily Bykov of Project 22160. The island became a symbol of Ukrainian resistance, as soldiers reacted to the Russian fleet with the words “Russian warship, go fuck yourself.”

The strategic location of the island was considered advantageous for Russia in the beginning, because after the capturing of the island, Russia’s A2/ AD zone was expanded west of the Black Sea, supporting the blockade of Odesa and used as a small forward base.

But the situation has changed in Ukraine’s favour after Russia lost its most powerful ship to Ukrainian Neptune missile attacks. The Moskva cruiser was more than just a flagship, as it provided the air defence for the fleet in a wide area and performed the command and control functions of the fleet. After losing Moskva, the Black Sea Fleet started melting down…

The loss of the Moskva has allowed the Ukrainian Navy’s TB2 drones to be more independent in the region. There’s still the question of how the “mighty(!)” Russian Air Force was unable to control the airspace in the Black Sea, but this inability was one reason that contributed to Russia abandoning Snake Island.

This was because TB2 drones attacked Russia’s patrol boats on the way to the island, and these losses increased Russia’s trauma in naval battles. The acquisition of U.S.-produced Harpoon anti-ship missiles and the sinking of a large tugboat carrying the TOR air defense system secured A2/ AD for Ukraine, and it became quite difficult for Russia to reinforce the island. Because the island is inside the operational range of Ukraine’s coastal missile batteries, as well as gunnery units.

“The cost of an island has become more expensive than Russia expected. The Russians woke up to a new naval loss every week. Considering that each ship is a piece of the country’s land, this is a significant trauma for the Russians.”

Tayfun Ozberk, from an interview with French AFP agency

Why did Russia give up Snake Island?

Every operation has political objectives, which can be attained through accomplishing operative and tactical military targets. Snake Island appeared to be an operative target during the war because of the advantages mentioned below.

While these opportunities were available, the Russian armed forces, notorious for their corruption, couldn’t hide their shortcomings in the areas of “operational planning”, “effective command and control“, “logistical support“, “smart munitions capability“, as well as “personnel training“, and these problems imposed high costs on this island.

“Another area where Russia falls short is its ability to assess the capabilities of the adversary and shape its own operation accordingly. Russia paid the price for their military intelligence incompetence with the loss of the Moskva cruiser.”

As mentioned above, the cost of this operative target has been increasing day by day. Because, regional air superiority could not be established, and the limited use of ISR capabilities and air power to neutralize time-sensitive and mobile targets made it impossible to retain control of Snake Island.

The fact that amphibious operations are not possible in these conditions and the Odesa blockade can be carried out at a safe distance decimated the Snake Island from the target.

At the moment, the Russian army appears to be aiming to completely dominate the Sea of Azov and the Donbas region, as well as to continue to blockade the port of Odesa. The expense of retaining Snake Island in this situation does not correspond to military realities. For this reason, unlike previous examples, Russia decided to voluntarily vacate an occupied territory.

It’s technically possible for Ukraine to recapture Snake Island. But even if it would boost the morale of Ukrainian forces, because the island has symbolic value, Russia wouldn’t allow Ukraine to deploy troops on the island by conducting long-range missile strikes. Ukraine needs solid air defence systems if it stations a garrison on the island, otherwise, the forces on the island would suffer the same fate as their Russian counterparts.

Raising the Ukrainian flag and leaving the island empty seems to be the only achievable solution at the moment, because the island is close to Ukrainian territory, and Ukraine doesn’t seem to need the island for military purposes the way Russia needs it.

The loss of the island would make it more difficult for Russia to maintain the blockade imposed on Odesa and other Ukrainian ports, but the Russian Black Sea Fleet has submarines, and Russian surface ships still have the ability to monitor and attack the blockade area over long distances. In this case, it is difficult to say that the blockade is lifted, but Russia’s “so-called” gesture can be used as a diplomatic tool to negotiate the transportation of grain from Ukraine, as Russia has expressed its intention to support UN ‘s efforts to establish a humanitarian corridor. 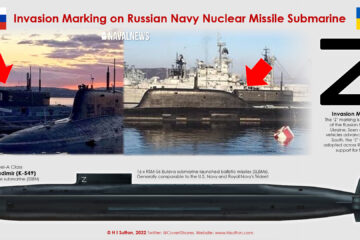 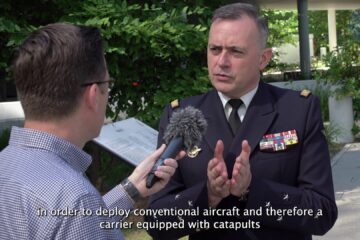