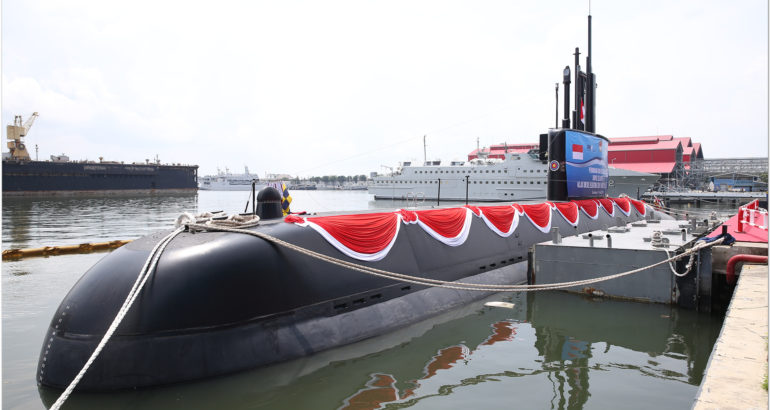 DSME is reportedly expected to face 90 billion KRW ($67 million USD) worth of financial loss. The South Korean shipbuilding company pre-ordered components for three Indonesian submarines that DSME won in 2019 while the contract has yet to take effect.

According to the documents from the largest stakeholder of DSME, Korea Industrial Bank, and the National Assembly Member, Minkuk Kang of the People Power Party on August 18, DSME signed a contract worth 1.3 trillion KRW ($967 million USD) to build three submarines. After three months, DSME signed a contract with German company Siemens for the supply of three sets of propulsion motors that worth 58.5 million € ($58 USD), then pre-paying 10 percent of the products price which was around 6 million € ($5.9 USD). The propulsion motors will be acquired in October.

Assemblyman Kang pointed out that the problem is the submarine contract signed three years ago didn’t take effect as the Indonesian government has yet to pay 10 percent of the total contract amount, which is up to 100 billion KRW ($74 million USD). He said, “Pre-ordered motors could be just useless steel. After DSME pays the rest of the remaining price to acquire three sets of motors, more expenses will follow to build a storage facility to keep them and undergo maintenance procedure until the items are used for other purposes.” He even mentioned that the current DSME president Dooseon Park was the personnel who led the submarine deal and approved the pre-order when he was the director of special shipbuilding division of DSME.

After this controversy, DSME released an explanatory statement to share their view of the situation:

“We signed a shipbuilding contract for three submarines in April 2019, and it is true that we pre-ordered some materials and that the contract is not in effect yet. However, pre-ordering happens to meet the supply deadline when companies choose to receive equipment on time. In this case, thus, it was inevitable that we had to pre-order to meet the signed delivery timeline. The Indonesian government has not informed or considered the cancellation of any shipbuilding contracts, meaning that it is not true that DSME has not prepared for the possibility of cancelling the contract. Since DSME is continuing a conversation with Indonesia in order to see the contract come into force and doing its best to win new contracts, the media should be prudent in their reporting based on assumptions”.

DSME also proposed ways to minimize the financial loss. While the shipbuilder continues its negotiations with Indonesia to see the contract take effect, some contingencies (or “plan Bs”) are being considered should the contract be cancelled: One alternative could be the sale of the German-made propulsion systems to the ROK Navy for use on its own submarines. Another option mentioned would be to use the equipment for the Philippines submarine program. However the procurement process for this program has yet to officially start and DSME is facing competition from French shipbuilder Naval Group.