On 14-15 August 2022, the European Union (EU) and Indonesia conducted their first joint naval exercise in the Arabian Sea.

The exercise involved Indonesian Navy corvette KRI Sultan Iskandar Muda and EU NAVFOR Somalia – Operation Atalanta frigate ITS Virginio Fasan. The exercise was based on the scenario of an anti-piracy operation. It included cross-deck helicopter landings, complex tactical evolutions at sea, boarding of suspicious vessels and fuel replenishment at sea. The EU project on Critical Maritime Routes in the Indo-Pacific (CRIMARIO) provided its Indo-Pacific Regional Information Sharing (IORIS) platform for communication between participants in the exercise.

The EU and Indonesia are committed to a free, open, inclusive and rules-based order in the Indo-Pacific region, underpinned by respect for territorial integrity and sovereignty, democracy, rule of law, transparency, freedom of navigation and overflight, unimpeded lawful commerce, and peaceful resolution of disputes. They reaffirm the primacy of international law, including the United Nations Convention on Law of the Sea (UNCLOS).

The EU and Indonesia conduct a regular Security Policy Dialogue to strengthen cooperation on security issues. In November 2021, the sixth meeting of the dialogue discussed maritime security alongside the fight against terrorism and violent extremism, countering narcotics, peacekeeping and crisis management, cyber security, non-proliferation and disaster management. The EU sees Indonesia and the Association of Southeast Asian Nations (ASEAN) as major partners for the implementation of the EU’s Strategy for Cooperation in the Indo-Pacific, in line with the ASEAN Outlook on the Indo-Pacific.

The EU and Indonesia intend to strengthen their operational cooperation at sea, including joint naval exercises and port calls. As a complement to their operational cooperation, they intend to enhance the exchange of information and experience, and to build capacity for maritime domain awareness, notably through the EU projects on Enhancing Security Cooperation in and with Asia (ESIWA) and on Critical Maritime Routes in the Indo-Pacific (CRIMARIO). 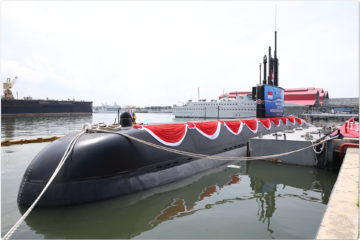