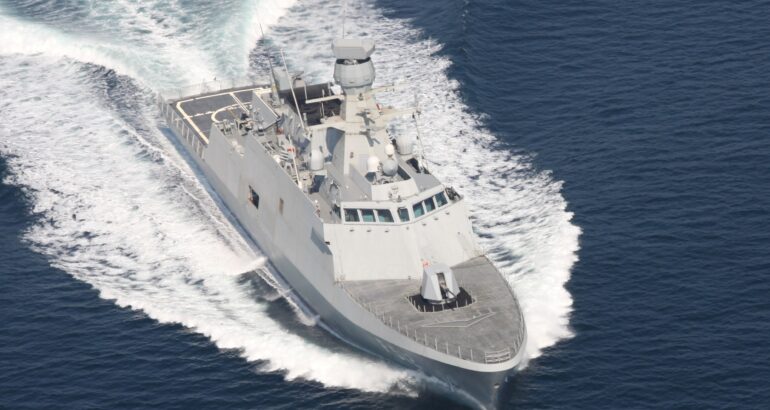 The relevant Decree No. 586/2022 is published on the website of the Head of State.

In order to restore the historical traditions of the national army, to perpetuate the memory of the outstanding Ukrainian statesman Ivan Mazepa, hetman of the Zaporizhzhya Army, I decree:

Turkey and Ukraine signed a military cooperation agreement on 16 October 2020, outlining the parties’ intentions to launch and implement joint projects to construct warships, unmanned aerial vehicles, and all types of turbine engines.

Turkiye is building two corvettes for the Ukrainian Navy under the terms of the agreement. Turkiye’s RMK Marine Shipyard laid the keel of Ukraine’s first Ada-class corvette in Istanbul on 07 September 2021, the construction of the ship still continues.

It was initially planned that the ship would be towed to Ukraine with partial equipment for completion by the end of 2022. In the course of 2023, the corvette was to be equipped with the necessary equipment and armament, and government tests were to begin. But due to the Russian-Ukrainian war, the fate of the implementation of these plans is unknown.

While no official statement regarding the sensor suite and weapon configuration has been made due to the confidentiality of the project, on 09 August 2021, Radio Svoboda, a Ukrainian news outlet, claimed that the Ukraine Defense Ministry revealed the weapon systems for the Ada-class corvettes.

The corvettes will be equipped with Harpoon anti-ship missiles as their primary strike system. Ukraine’s Deputy Defense Minister stated that the country was considering the indigenous Neptune anti-ship missile, as well as the Harpoon, Atmaca, and Naval Strike Missile. Still, the Harpoon was an unexpected choice.

According to Radio Svoboda, the VL-MICA missiles, launched from a vertical launch system (VLS), would serve as the corvette’s air defense system. However, the corvette rendering on the poster displayed at the keel-laying ceremony does not feature VLS.