Turkish defense company Havelsan signed an agreement with the Indonesian Ministry of Defense at the Indo Defense 2022 exhibition to supply the ADVENT combat management system for the Indonesian Navy's KCR60-class patrol boats and offshore patrol vessels.

Indo Defence 2022 goes on at full speed for HAVELSAN as the number of contracts signed increases. On the second day of the event, new contracts have been signed on the provision of the combat management system and combat system integration to KCR60 class and OPV class ships built for the Indonesian Navy.

The contract was signed with a ceremony attended by the President of Defense Industries, İsmail Demir. ADVENT Combat Management System (CMS) developed by HAVELSAN and the Turkish Naval Forces Command, will be used in the Indonesian Navy.

Within the scope of the contract signed by HAVELSAN, PT TESCO, and the Indonesian Ministry of Defense; the Combat Management System (CMS) for the construction of 3 KCR 60 Class Ships will be provided by HAVELSAN.

Again, within the scope of another contract signed between HAVELSAN, DRU Shipyard, and the Indonesian Ministry of Defense, ADVENT CMS will be integrated into 2 Offshore Patrol Vessels.

Encouraged by these strategic contracts, as HAVELSAN we hope to work hand in hand with our partners in Indonesia for realizing numerous opportunities related to naval defense and maritime security in the years ahead.

ADVENT is a new-generation command and control system that addresses the needs of a force-oriented, network-enabled operational approach rather than a single ship. Through all operator consoles, it is possible to access tactical data link functions (Link 11, Link 16 and Link 22, SIMPLE, JREAP and VMF), which are fully integrated into the system. With its decision support systems, ADVENT has an architecture that facilitates the rapid and correct decision-making process of its user and provides a flexible structure when deploying new weapons and sensors. It was developed in a modular structure that fits multitasking profiles and other platform types. ADVENT is a platform-independent system. With its scalable, open architecture structure, it can be adapted to surface, underwater, and air platforms, as well as landing facilities.

ADVENT is an advanced CMS that is more effective, open to technological developments, scalable, secure and network-supported. The Turkish Navy believes that ADVENT works harmoniously. ADVENT has become the indispensable Command Control System of the Turkish Navy.

This CMS has proven itself by successfully completing Sea Acceptance Tests TCG KINALIADA, TCG UFUK and TCG BEYKOZ and will be deployed on these platforms. ADVENT will also be deployed as CMS on the MILGEM-class corvette TCG BURGAZADA, the Turkish Navy’s future fleet replenishment tanker TCG DERYA, the Landing Helicopter Dock TCG ANADOLU, the Barbaros-class frigates and the lead ship of the I-class frigates TCG ISTANBUL, and on Pakistani and Ukrainian corvettes.

ADVENT CMS, which took the first step for surface platforms with KALYON and for maritime reconnaissance aircraft with MARTI. It will continue to add capabilities for submarines with MUREN, for surveillance coordination centers with UFUK, and for unmanned vehicles with ROTA. 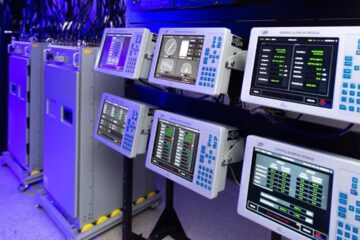 Tayfun Ozberk 24 Oct 2022
The 41st system HAVELSAN developed has been accepted to be deployed in 2 MİLGEM class Corvettes of the Pakistan Navy.