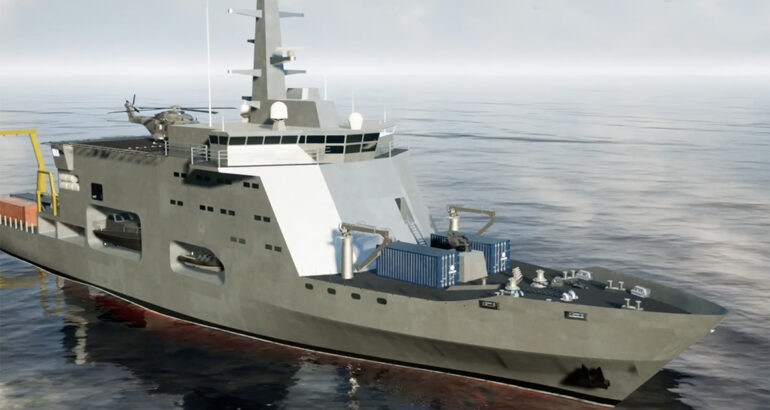 As part of an EU tender for the Defence and Security sector, Fincantieri has signed a contract with the Secretariat General of Defence and the National Armaments Directorate – Naval Armaments Directorate (NAVARM) for the construction of a new Hydro-Oceanographic Ship (NIOM) for the Italian Navy Hydrographic Institute, with delivery scheduled in 2026 at the integrated shipyard in Riva Trigoso-Muggiano.

The total value of the contract is approximately euro 280 million and it also includes integrated logistics support and temporary support services for a duration of six years with an option to extend for another four.

“We are proud that Fincantieri’s technological leadership is once again establishing itself also in the scientific field, which requires specialised skills. In fact, the vessel must be able to operate with the highest performance in all marine weather conditions. This will require the integration of many complex systems, a distinctive capability of a Group like ours, which not only builds state-of-the-art platforms such as naval ships but can also rely on the synergy between the naval world and the offshore world in the development of advanced control systems like dynamic positioning”.

The unit was designed paying the utmost attention to green aspects. Among its main features are technologies to contain emissions, a diesel-electric propulsion system to optimise fuel consumption, hull shapes to reduce drag and the use of environment-friendly materials. In the area of sustainability, the production process also participates in the company’s ongoing commitment to environmental management systems, as witnessed by the integrated Riva Trigoso-Muggiano site’s compliance with the ISO 14001 international standard, as well as all the Group’s other Italian sites.

A further key driver of the ship will be the focus on health&safety, aimed at ensuring the well-being of all personnel who will operate the ship during its operational life. Working with first-class suppliers, Fincantieri took a proactive approach to identify the best technical solutions to fully meet the customer’s operational requirements.

In 2018 Fincantieri supplied the Kronprins Haakon, an oceanographic icebreaker intended to operate in polar waters, to the Institute of Marine Research (IMR), the Norwegian government’s oceanographic and fisheries research organisation. Furthermore, in 2021 the Group oversaw an exceptional refit of the Laura Bassi, Italy’s only oceanographic research icebreaker, owned by the National Institute of Oceanography and Experimental Geophysics.

The Hydrographic Institute of the Italian Navy is the Cartographic Body of the State appointed to produce official national nautical documentation.

The Italian Ministry of Defense announced back in November 2020 that the European Investment Bank (EIB) will help finance the construction of three new Hydrographic vessels for the Italian Navy. These vessels will be used for seabed mapping, creation of nautical charts, navigation safety and research on climate change. Our coverage at the time: