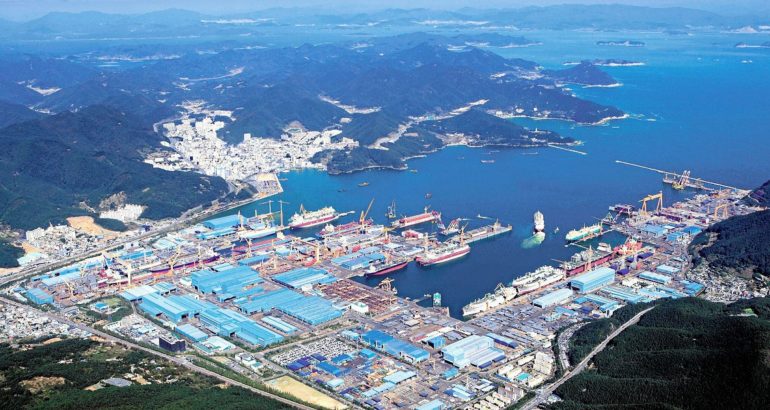 Hanwha Group now owns a 49.3% controlling stake in the shipbuilder. The KDB, which had been DSME’s largest shareholder prior to the deal, said that the group’s acquisition of the company was likely to significantly improve the latter’s finances.

“Several structural changes to DSME’s finances will be made through this acquisition, laying the groundwork for the normalization of the company’s operations.”

“We will create Korea’s Lockheed Martin…Our goal is to become a top 10 defense company in the global market by 2030.”

It is hoped that Hanwha Group’s global operations network will help DSME increase exports. Even though the latter is one of South Korea’s largest shipbuilders, it has been racked by uncertainty and financial losses for the past two decades. Most recently, the company is facing anothersetback with Indonesia’s stalled submarine acquisition, despite DSME’s chief executive officer stating that he was cautiously optimistic about the program’s prospects in November.

In addition to this, closer cooperation between Hanwha System, one of the primary suppliers of combat systems and sensors for South Korean-built warships, and DSME is expected to have several positive effects, including reduction of cost.

The merger still needs to be approved by South Korea’s Fair Trade Commission and similar bodies in the European Union, Japan, China, Türkiye, Singapore, Vietnam, and the United Kingdom before it can be confirmed. This process is expected to take at least 3 months.