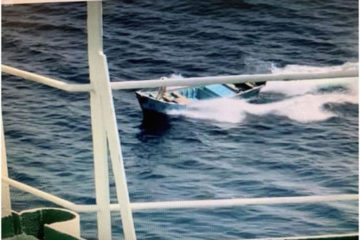 2020 continues to see explosive boats being launched against tanker traffic in the Red Sea and Arabian Sea area. They also pose a threat to warships, particularly of the Saudi-led coalition. This represents a persistent threat to International SLOCs (Sea Lines of Communication) in the Southern Red Sea, Bab-el-Mandeb strait, Gulf of Aden and Arabian Sea. The threat can exist over 100 nautical miles off the coast.