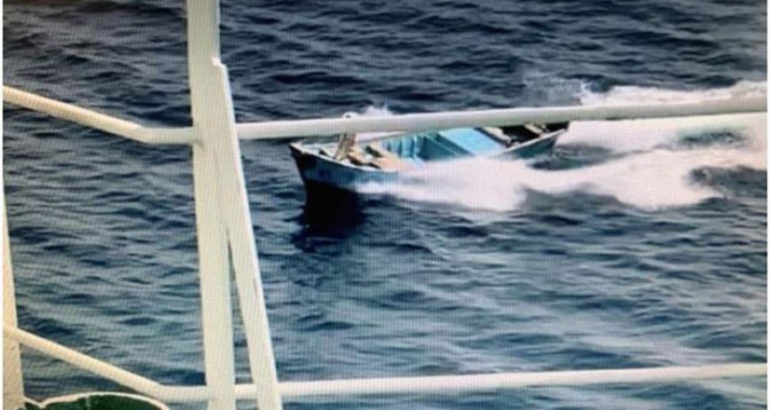 2020 continues to see explosive boats being launched against tanker traffic in the Red Sea and Arabian Sea area. They also pose a threat to warships, particularly of the Saudi-led coalition. This represents a persistent threat to International SLOCs (Sea Lines of Communication) in the Southern Red Sea, Bab-el-Mandeb strait, Gulf of Aden and Arabian Sea. The threat can exist over 100 nautical miles off the coast.

The boats are primarily built by the Houthi Movement who are embroiled in Yemen’s bitter civil war. Several designs have emerged over the years including the purpose-built Blow Fish model. In generally they are controlled from another boat which holds further from the target.

Last week the Saudi Government announced that it had destroyed two remote controlled explosive boats off Yemen. The craft were launched by the Houthi Movement from the Al Hudaydah Governorate on Yemen’s Red Sea coast. It was not reported whether additional support craft were involved to control the boats.

Earlier this month Riyadh announced that it had thwarted another explosive boat attack in the Red Sea. A remote controlled boat using a simple fishing skiff hull, attempted to strike a tanker 90 nautical miles Southeast of Nishtun. Unlike the purpose-designed ‘Blow Fish’ design the skiff would be more difficult to identify as a threat at a distance. This incident was not officially associated with the Houthi Movement, and Al Qaeda remains active in the region.

There have been suspicions that the Houthi craft may have been constructed with Iranian assistance. Captured examples have included Iranian sourced components. Iran has developed a series of explosive boats.

Riyadh reports that 46 explosive boats have been destroyed. This suggests that, overall, counter efforts are proving broadly effective. Yet the threat persists, and the 2017 attack on the Frigate Al Madinah (702) reminds us that they can be dangerously effective. The danger to a tanker is also clear. They carry a much larger warhead than the limpet mines used on the Front Altair oil tanker in the Gulf of Oman in June 2019. Those mines caused a serious fire.

Warships can be protected by an array of soft kill and hard kill weapons. Systems designed to defend against small boat swarms should, in principle, be effective. Remote weapons stations, upgraded CIWS (Close In Weapon Stations) and an array of countermeasures. Point defenses aboard the tankers is likely to pose greater challenges. Although some tankers may carry armed guards to protect against piracy, these are unlikely to be effective against an explosive boat.