ECA GROUP announces the fulfilment of the first milestone within the modernisation programme of 3 mine countermeasures vessels belonging to the Latvian Navy.

Following an international contest, ECA Group has been awarded a contract worth more than 20 million euros for the modernization of three mine countermeasures vessels belonging to the Latvian Naval Forces. 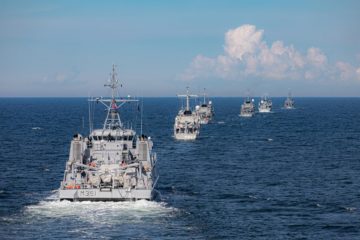 NATO Participates in Exercise “Open Spirit” in the Baltic Sea

Standing NATO Mine Countermeasures Group 1 (SNMCMG1) and Baltic Naval Squadron have during the two last week cooperated in making the Irbe Straight safer for modern seafarers. In total, 32 mines were neutralized during exercise “Open Spirit 2020”. 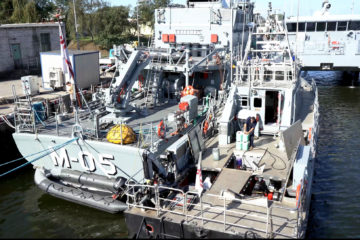 Video: A brief overview of the Latvian Navy, today and in the future

Small but ambitious, the Latvian Navy is planning to enhance its mine hunting capability through a 21M€ overhaul program of its Tripartite-class minehunters. Naval News was at the Liepāja Naval Base, to learn more on what is now the biggest upgrade project of the Latvian Navy. 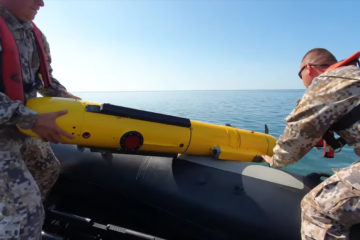 The Latvian Navy procured a pair of A9-M Autonomous Unmanned Vehicles (AUV) from ECA Group in 2015. Since then, the system is being operated in Liepāja by the Minehunters Squadron. But It was never demonstrated to a foreign media... That was until Naval News interviewed commander Armands Grebežs, chief of the BALTRON squadron, in late August 2019.