You are at :Home»Posts Tagged "USS Bunker Hill" 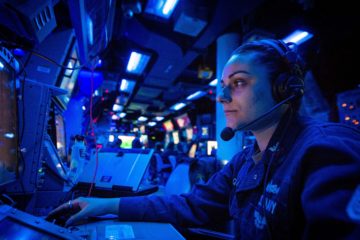 In January, the guided-missile cruiser USS Bunker Hill (CG 52) — part of the Theodore Roosevelt Carrier Strike Group — left San Diego for a scheduled Indo-Pacific deployment. Along with 6,000 service members spread between several ships is a new experimental unit designed by the Johns Hopkins Applied Physics Laboratory that could one day change the way the Navy plans for defeating anti-ship missile attacks.