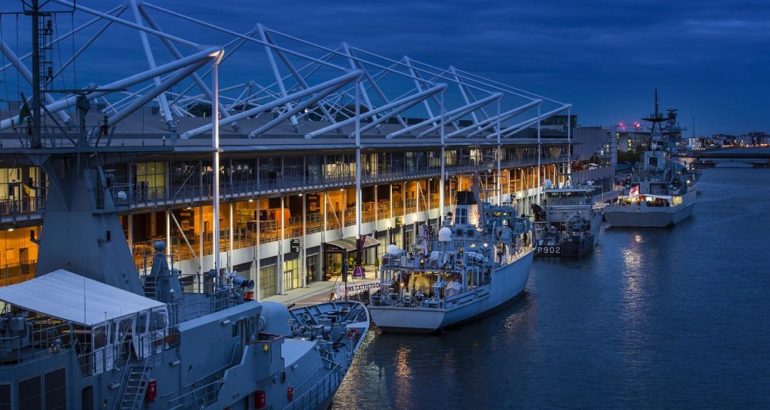 The DSEI 2019 Naval Zone is set to be a unique and interactive showcase of the latest vessels and maritime technology. DSEI's distinctive dockside setting delivers a dazzling showcase of maritime capabilities and international warships.

Fully supported by the Royal Navy and First Sea Lord, the Naval Zone provides the DSEI audience with unrivalled networking opportunities, insights from key decision makers and the opportunity to see the industry’s latest vessels in action through interactive presentations and waterborne demonstrations.

DSEI can announce the lineup of international visiting warships as the exhibition celebrates its 20th Anniversary. The following 8 vessels will be on display at DSEI 2019:

Alongside the visiting warships, DSEI’s dynamic waterborne demonstrations are a visitor favourite and a visual highlight of the event. The demonstrations take place daily on the Victoria Dock, and best viewed from the grandstand on the dock edge next to the East Terrace at the eastern end of ExCeL.

A programme of autonomous demonstrations will also take place throughout DSEI. Spectators will see an integrated and co-ordinated display between BAE Systems, Dstl and L3Harris.

In support of NavyX, the Royal Navy’s new Autonomy and Lethality Accelerator, and the Maritime Mission Systems Enterprise Board, the demonstration will highlight the integrated and coordinated use of unmanned surface vessels to enhance Royal Navy operations. The BAE Systems Pacific 24 RIB, in service with the UK Royal Navy, has been retrofitted for optional unmanned operation, integrated with L3Harris’ ASView control system and BAE Systems combat system as a UK first. Dstl’s MAST 13 will be operated autonomously from an L3Harris control station using the ASView. Using the autonomous vessels working alongside the command team and manned assets, a threat will be identified, contained and then neutralised.

Ophardt-Maritim who will showcase their fast and highly manoeuvrable OPH/1280/R interceptor patrol RIB.

CoxPowertrain, whose Tornado 9.5m RIB runs on a smokeless diesel engine with low noise levels, and offers a variety of engine speeds with solid handling even at the highest speed.

Volvo, demonstrating the versatility of their Marell RIB and its high-performance Penta Engines.

Berthon, who will be showcasing the ease of mooring and launching from their Floating Dock, along with the manoeuvrability of their Gemini Waverider 780 RIB and the effectiveness of its specialist shock-absorbing Shoxs seating.

CPH Group, showcasing their high-performance Nunya interceptor with its specialist targeting and weaponry.

and Marine Inflatables, who will demonstrate how their inflatable sea-going platform can carry and deliver large and heavy loads close to the shoreline.

Versadock have provided the moorings for the boats, which were constructed by TPA Pontoons. 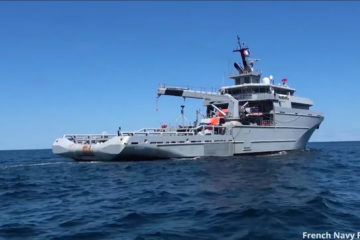 Xavier Vavasseur 04 Oct 2019
During DSEI 2019, Naval News went aboard one of the latest addition to the French Navy fleet: FS Garonne, a true multi-mission vessel. 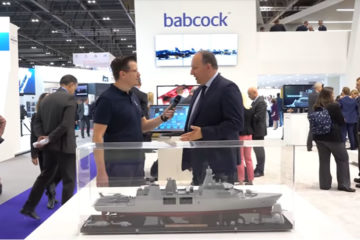