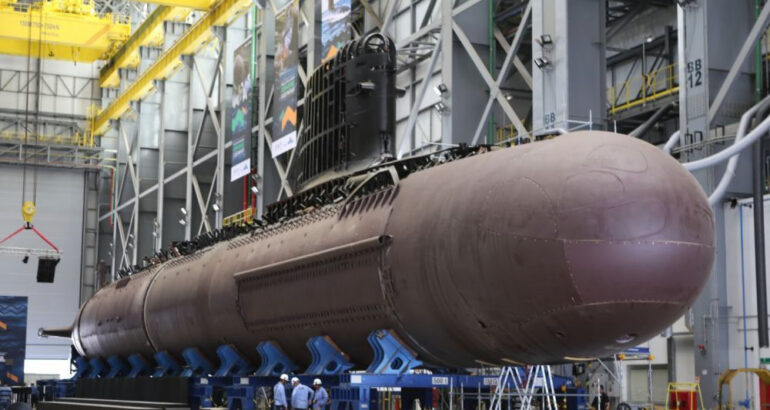 Because it has been the world’s leading event for naval defence and maritime security for over 50 years, EURONAVAL wished to propose to its visitors and exhibitors a comprehensive study on the sector and the major trends of the world shipbuilding.

Because it has been the world’s leading event for naval defence and maritime security for over 50 years, EURONAVAL wished to propose to its visitors and exhibitors a comprehensive study on the sector and the major trends of the world shipbuilding.

This first study will be updated every two years at the next EURONAVAL Exhibition. The study « The world defense shipbuilding » carried out by Janes and the Gican will be presented exclusively and in « live » on Monday 19 October at 02:30pm on EURONAVAL-ONLINE by Erwan de Cherisey, principal consultant at Janes.

We are pleased to share with you in advance of this presentation some statistical elements of this study.

World production comes close to 192 billion dollars between 2015 and 2019, or more than 2.3 million tonnes. North America is the leading production zone in terms of value. It produces twice as much in value as Europe (65 vs. 33 billion $) for a tonnage that is almost equivalent (379 vs. 369,000 t). This can be partially explained by the value of the numerous American hightech shipbuilding programmes and by production costs of the North American industry.

East Asia (China, Japan, Taiwan, North & South Korea) represents the leading production area in terms of number of ships and tonnage, partly due to the large Chinese domestic production. China alone produces twice as much tonnage as Europe (720,000 t vs. 369,000 t), for a total value that is quite similar ($38 billion for China vs. 33 billion for Europe). East Asia is the second largest zone in the world in terms of value produced ($56 billion).

Central Asia and Russia come after Europe, mainly due to Russian production. South-East Asia produces less in tonnage but is very well positionned in terms of value. While the 2015-2019 period was strongly impacted by the financial crisis of 2008, the years after 2019 looked very positive and probably higher than the levels already reached. The 2020 global health crisis is expected to significantly disrupt the forecasts.

The main production of ships and submarines between 2015 and 2019 concerned:

• 59 submarines of all types, including 22 produced in East Asia (China-Japan)

• 146 destroyers, frigates and corvettes, half of them produced in East Asia

For export, only 1% of the value produced in the USA is for export, and 3% in China. The export share in value reaches 30% in Russia and South Korea, and up to 50% in Europe. The main exporters in the shipbuilding sector are therefore European, China still being very far behind in terms of value with a tonnage that is nevertheless quite significant.