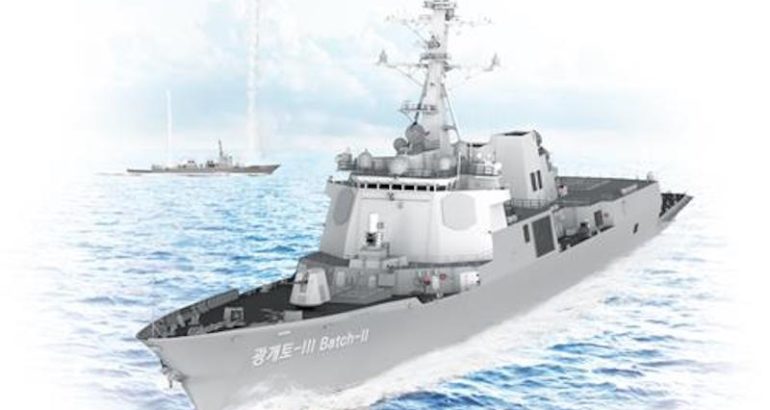 Hyundai Heavy Industries (HHI) announced on October 10 it has signed a US$565 million contract with the South Korean Defense Acquisition Program Administration (DAPA) for the first of three Gwanggaeto-III Batch II (KDX-III Batch II) destroyers for the Republic of Korea Navy (ROK Navy).

Under the deal, HHI will deliver the first of three Aegis destroyers by November 2024. In May, South Korea approved plans to construct the second batch of three destroyers with a budget of around US$3.3 billion.

Based on the existing Sejong the Great-class the new AEGIS destroyers will feature several improvements including improved combat systems that can detect and track targets at greater distances and anti-ballistic missile capability with Raytheon’s SM-3 interceptors.

The KDX-III Batch II will be fitted with SM-2 as well and, possibly, the new SM-6 “multi-mission missile” capable of long-range Fleet Air Defense, Sea-Based Terminal defense, and Anti-Surface Warfare.