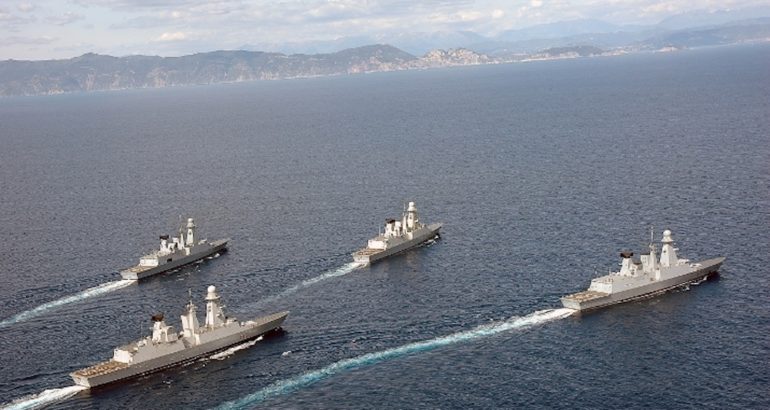 A new meeting was held on January 24 in Paris, with the executive teams of the two companies, navy and state representatives, to work on the advancement of the Alliance and the Joint Venture between Fincantieri and Naval Group.

« Since the announcement on Oct. 23rd 2018, we welcome the progress of the project between our two companies, » said the French shipyard in a statement.

The French and Italian governments announced in September 2017 their intention to facilitate the creation of a more efficient and competitive European shipbuilding industry and to reinforce their military naval cooperation by initiating discussions with a view to establish an industrial Alliance between Fincantieri and Naval Group.

Fincantieri and Naval Group worked intensively since this date and submitted their proposal for such an Alliance in July 2018 to the competent French and Italian Ministers, encompassing an industrial project and its envisaged roadmap, along with a description of the key initiatives, which they propose to launch rapidly.

As of today, Naval Group and Fincantieri have already engaged in a common industrial collaboration to provide the French Navy with four logistic support ships (LSS), based on the design of the Italian Vulcano LSS.

In addition, as of 2019 and with the support of Defense Ministries from both countries, Naval Group and Fincantieri contemplate to present a common offer for the first studies for the Mid-Life Upgrade of the French and Italian Horizon-class destroyers with a common Combat Management System (CMS).