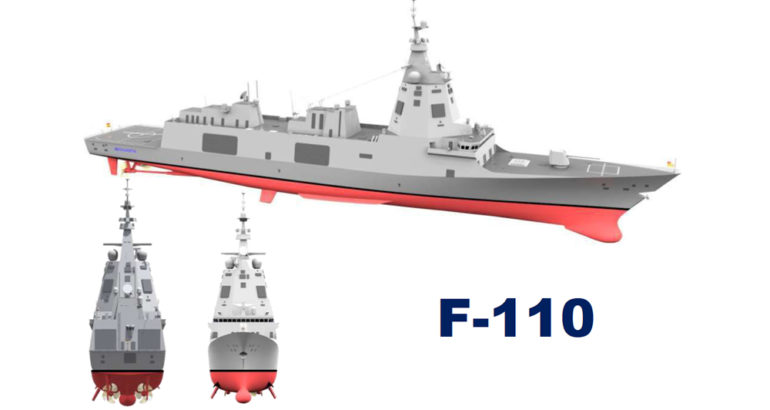 Spanish Minister of Defense confirmed that five new F-110 frigates will be built by Spanish shipbuilder Navantia in Ferrol starting in May this year. Margarita Robles highlighted “the government’s commitment to Galicia and the creation of jobs” as well as “innovation and technology” in reference to the investment, approved last December, of 4,325 million euros for the construction of the five new generation frigates.

F-110 frigates are set to replace the Spanish Navy’s Santa Maria-class frigates which have been in service for over 30 years. F-110 frigates will be fitted with the Aegis combat system integrating a new solid state S-band radar by Indra. Lockheed Martin and Indra have been collaborating since 2009 to develop a state-of-the-art S-band solid state radar for Spain’s F-110 Frigate Program, and their cooperation in S-band naval radars dates to 1997 when Indra began supplying components for the SPY-1D radar.