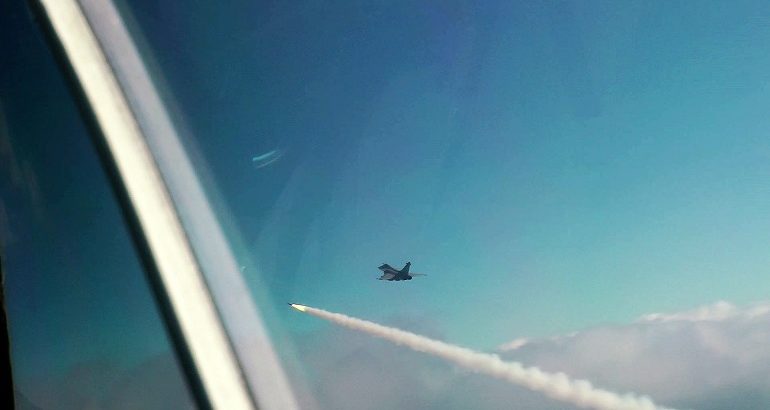 The French Ministry of the Armed Forces announced that a French Navy (Marine Nationale) Rafale M fighter fired a METEOR air to air missile for the first time on 13 February 2019.

The French Navy fighter used for the test was highly likely the (for now unique) Rafale M F-3R aircraft which was delivered in December 2018. F-3R is the latest standard of the Rafale, bringing a number of new capabilities including the integration of the METEOR missile.

According to MBDA (its designer and producer), METEOR is the next generation of Beyond Visual Range Air-to-Air Missile (BVRAAM) system designed to revolutionise air-to-air combat in the 21st Century. The weapon brings together six nations with a common need to defeat the threats of today as well as the future emerging ones.

The weapon is also equipped with data link communication. Aimed at meeting the needs of a network centric environment, Meteor can be operated using third party data, enabling the Meteor user – the pilot – to have the most flexible weapon system.