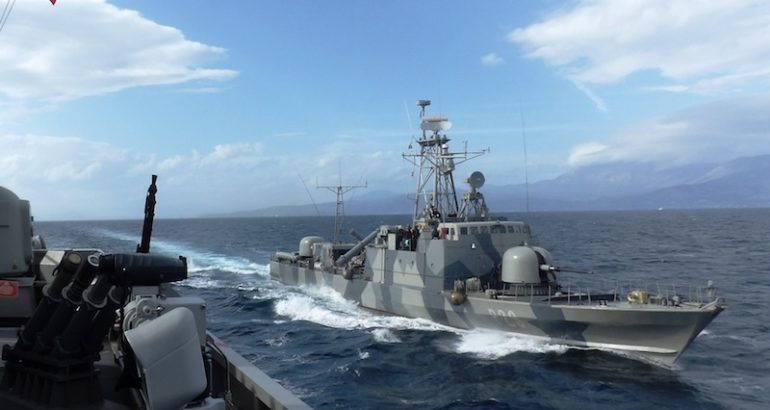 The Hellenic Navy is gradually changing the camouflage of its Fast Attack Craft vessels, as noted in pictures from recent exercises. The new pattern includes four different shades between grey and dark blue grey, in random shapes.

In the closed Aegean Sea, with the numerous islands, islets and rock islands, FAC captains have many natural hiding spots, close to the shores, where electro-magnetic detection due to clutter becomes more difficult. That allows them to remain hidden while waiting for their targets to close in, before launching their missiles.

The paint used for the camouflage is probably not anti-IR, therefore it can only provide reduced visibility on common day cameras and optical recognition. However, considering that the Hellenic Army has used locally manufactured anti-IR coatings to paint its armour, it is highly probable that the HN could easily adapt similar paints to enhance the anti-IR protection of its surface units.