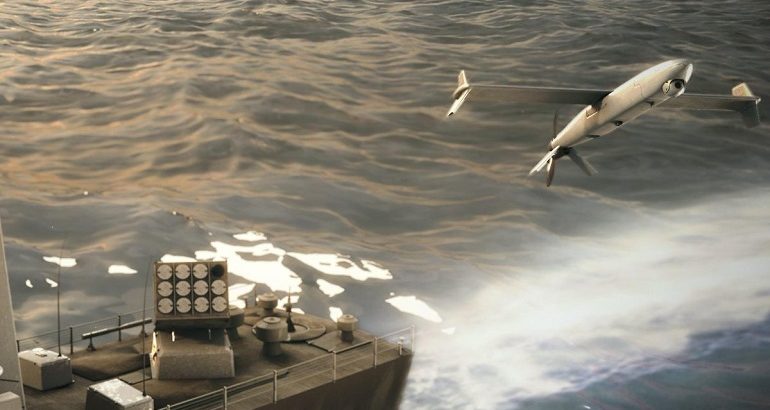 Pictures taken during a visit of Israeli Prime Minister Benjamin Netanyahu to the naval base in Haifa show that the Israeli Navy Sa'ar 4.5 Fast Attack Craft have been fitted with a loitering munition (kamikaz drone) launcher.

According to IAI, the Green Dragon is a tactical, low-cost loitering munition designed to provide small ground units and special operations forces with significant situational awareness and firepower in a compact envelope. Stored, transported and launched from a sealed canister, as many as 12-16 Green Dragon units can be carried on a small vehicle and launched upon request. The Green Dragon is easily operated and controlled from a tablet-sized electronic control panel with a tactical low-power data link to the loitering munition.

Equipped with a high-quality day/ night electro-optical guidance system, the Green Dragon can collect visual intelligence of surrounding areas up to a range of 50 km. The Green Dragon is powered by a silent electrical motor with two hours of loitering time. This loitering munition can locate, acquire and dive on operator designated targets with a warhead of nearly 3 kg and extremely high accuracy (better than 1 m CEP).