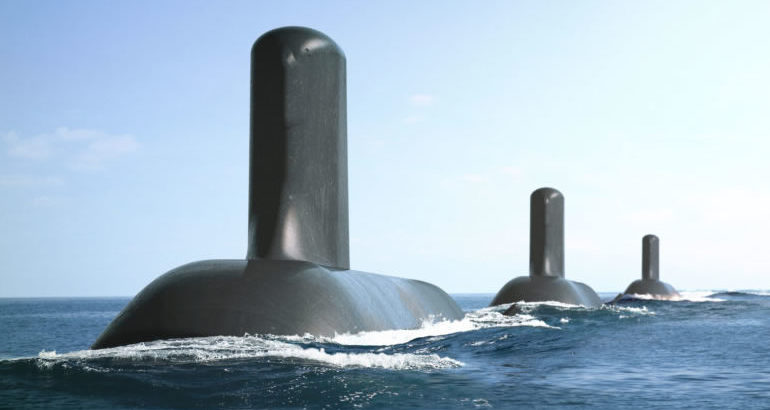 The Australian government signed the Attack-class submarine Strategic Partnering Agreement with French shipbuilder Naval Group, a project worth over 31 billion Euros ($35 billion USD) and tying the two parties for the next 50 years.

After over two years of negotiations, officials have finally signed an agreement for the construction of the Royal Australian Navy (RAN)’s future fleet of submarines known as the “Attack-class”.

The agreement sets out the principles of cooperation between the two partners for the Attack class Submarine Program which will see:

Another contract regarding the detailed design of the Attack-class submarine is set to be signed in the coming days. The design phase will last four years.

“Naval Group is known for building world-leading, technologically advanced submarines and has built 100 of them for nine different countries. This agreement with Australia will see Naval Group transfer the “know-how” and “know-why” to Australia to become an sovereign submarine nation. We are very excited about the opportunities that lay ahead of us and are committed to delivering the Future Submarine Program for Australia. We are grateful to the teams from the Commonwealth of Australia and Naval Group who have worked hard to achieve this agreement.

The Attack Class submarines will give the Royal Australian Navy the capability and regional superiority that an island nation like Australia relies upon. This important project will create 2800 Australian jobs, built in Australia, utilizing Australian steel.

Construction on the first ship of the class (the future HMAS Attack) is expected to start in 2023 and its delivery should take place in the early 2030ies. The next units will follow with a cadence of one submarine every two years.