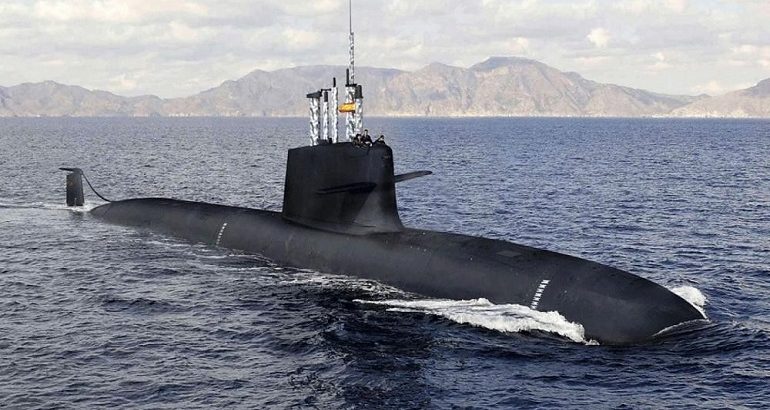 According to Navantia, its proposal for the Walrus Replacement Program provides a low risk solution with high involvement of the Dutch industry

Spanish shipyard Navantia announced today that it is proposing an adaptation to Dutch requirements and local content of the Spanish Navy S80 Plus submarine, as part of its bid for the Walrus Replacement Program. According to Navantia, with a modern design and a similar size to Walrus-class of about 3,000 tons, the reference design is already fully compliant with Dutch requirements including growth potential.

The expeditionary S-80 design is fully funded and already in production, therefore the minimal technical, schedule and financial risks provide an advantage comparing with completely new solutions. The modern design and the new yard infrastructure with a highly automated construction will lead to a solution offering substantial savings respect to any competing offer.

Navantia explained that its proposal is the only one offering its parent Navy solution, providing the possibility of a common fleet of eight expeditionary submarines offers sharing resources and co-operation in the fields of training, logistics support and operations, a unique joint capability within NATO. Past co-operation between the two countries with the Auxiliary Oiler Replenishment and Landing Platform Dock programs has proven to be very successful.

Navantia, through the S80 program, already has strong relationships with many Dutch naval suppliers and Dutch naval knowledge partners and during the biding process has identified numerous additional parties that will be included in the final solution. There is a clear commitment to work with Dutch naval industry and technology base to ensure full involvement and retention of Dutch submarine capabilities for the entire life cycle of the submarines.

Navantia claims it has no exclusive teaming relations and can therefore consider sharing the construction with Damen at a later stage. Navantia further explains that including the evolved S-80 on the shortlist offers the best and most cost-effective solution, as well as being the benchmark for all new designs.

About the S80 SSK
The S80 class (or Isaac Peral class) are AIP (air independent propulsion) submarines currently under construction for the Spanish Navy. Four boats have been ordered, three of which are under construction by Navantia at its yard in Cartagena. Construction of the submarines had been suspended in early 2013, when it was found that the first submarine in the series, the Isaac Peral, was 75 to 100 tons too heavy relative to its length. General Dynamics Electric Boat was brought in by Navantia through a Foreign Military Sale in 2013 to tackle the weight distribution issues. Each submarine has been stretched with a 10 meters ring to better distribute the weight of the submarine. The intended delivery date of the first submarine is December 2022.