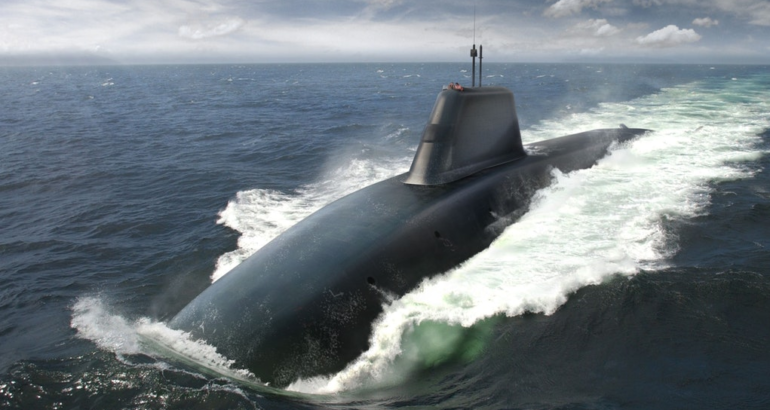 The SSBN will take her place in the Fleet in the 2030s, alongside HMS Dreadnought, Valiant and a fourth, as yet unnamed, submarine, each carrying Trident nuclear missiles on deterrence patrols for three months at a time.

THREAD: @GavinWilliamson has just announced that the third of our future Dreadnought Class SSBNs will be named HMS Warspite. pic.twitter.com/tLZbXWI07Q

She’ll be the eighth warship to bear the name, tracing her history back to the final years of Elizabeth I’s reign. Most famously, the sixth Warspite, a Queen Elizabeth-class battleship, earned more battle honours than any other single warship in Royal Navy history.

The Dreadnought-class is the future replacement for the Vanguard class of ballistic missile submarines. Like their predecessors they will carry Trident II D-5 missiles. The new SSBN is set to have a displacement of 17,200 tons and length of 152.9 meters.