You are at :Home»News»U.S. Navy Issues RFI for Large Surface Combatant 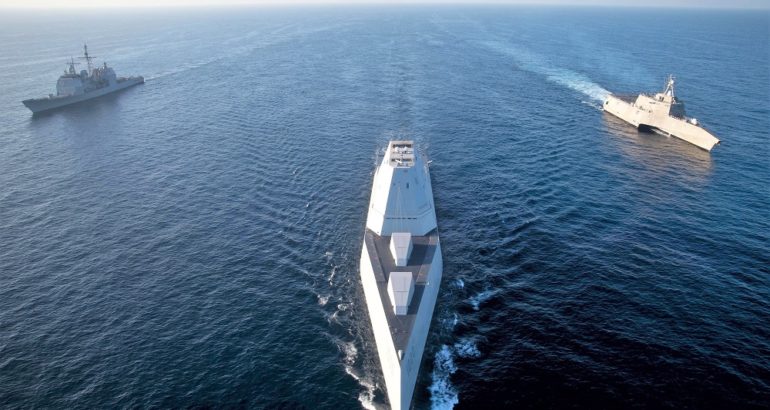 The U.S. Navy issued its Request for Information (RFI) document for the future Large Surface Combatant (LSC). The LSC is likely to replace the ageing Ticonderoga-class of guided missile cruisers as well as possibly the older DDG 51 destroyers.

According to the RFI document, the U.S. Navy’s LSC Program will be a new acquisition program that will leverage the DDG 51 Flight III combat system while identifying and evaluating the integration of non-developmental mechanical and electrical systems into a new or modified hull design, incorporating platform flexibility and growth opportunities to meet future Fleet requirements.

The Navy intends to evaluate the following capability areas for possible integration into the initial LSC baseline:

• Ability to integrate Warfare System elements including the DDG 51 Fight III and the weapon systems listed below.
• Increased flexibility/adaptability features such as expanded Space, Weight, Power and Cooling Service Life Allowances to allow for more rapid and affordable upgrades in capabilities and maintenance over the ships’ service life, and allow for fielding of future high demand electric weapons and sensors, and computing resources.
• The ability of the ship’s Vertical Launch System to accommodate longer and larger diameter missiles for increased speed and range of weapons.
• Additional capacity for an embarked warfare commander and staff.
• Support for 360-degree coverage with Directed Energy weapons.
• Improved signatures with support for additional improvements over time.

Potential ship designs will look to accommodate the above capability increases, with a consideration towards additional growth capacity for projected future systems requirements. Designs will also look to incorporate flexibility features to enable timely and affordable back-fit and forward-fit of future systems to pace known threats, and meet future emergent needs through evolutionary block upgrades and modernization.