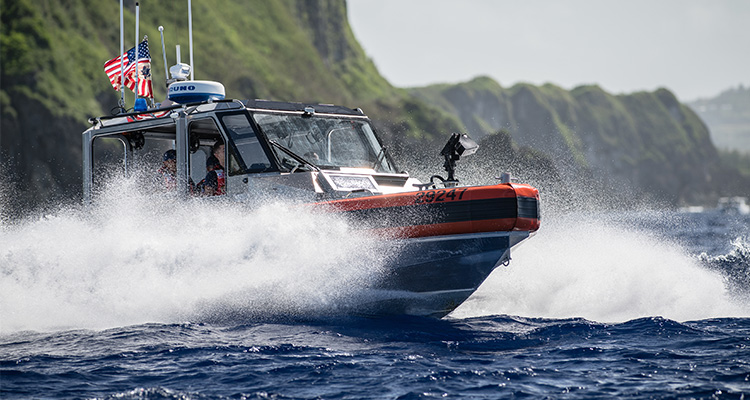 The US Coast Guard placed a delivery order on Feb. 4 for 20 response boats-small II (RB-S IIs), worth approximately $8.5 million, with Metal Shark Boats of Jeanerette, Louisiana, the service said on Feb. 15, 2019.

The boats are targeted for delivery starting in May and extending through September; they will be stationed throughout the country in Great Lakes, East, West and Gulf Coast locations.

Before launching the RB-S II program, the US Coast Guard was operating more than 400 Defender-class RB-S boats, making it the largest vessel class in the Coast Guard fleet. The RB-S II, designed with an increased emphasis on function and crew comfort, is gradually replacing the Defender-class RB-S as the older assets reach the end of their service life.

The 29-foot new boats can reach a top speed of over 40 knots. They are being fitted with State-of-the-art shock-mitigating seats, Fore and aft gun mounts with a forward shock-mitigating gunners seat, and two NAVNET 3D displays for secondary navigation