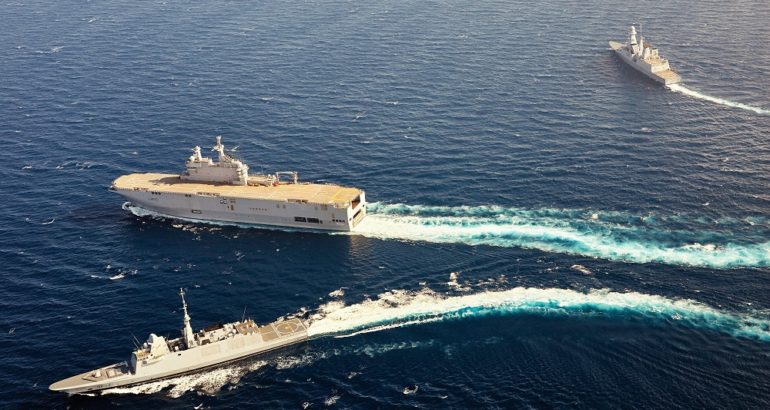 RIFAN Step 2 system's function is to secure the services of voice and data information exchange among naval aviation forces guaranteeing the security level and quality of service required by users. Naval Group picture.

The French defence procurement agency DGA has awarded the RIFAN 2.1 contract to an industrial consortium headed by Airbus and also comprising the Naval Group and Rohde & Schwarz. This contract was signed for a maximum duration of eight years and up to a maximum amount of € 150 million.

The contract covers work to maintain and adapt the existing IP network for the French naval forces, RIFAN 2 (Réseau IP de la Force Aéronavale étape 2), to the needs of the Navy in the coming years, to integrate new ships and remedy hardware and software obsolescence.

It will also enable the future front-line frigates of the FDI (‘frégates de défense et d’intervention’) programme and the future replenishment tankers of the BRF (‘bâtiment ravitailleur de forces’) programme to be integrated into the RIFAN 2 network. The network adaptations will involve both its central architecture and an update of the cybersecurity incident monitoring and detection system.

A total of 63 ships are equipped with the RIFAN 2 network, ranging from aircraft carriers and frigates to support ships, patrol craft based overseas and submarines. The purpose of the programme is to equip French naval forces with a truly secure broadband network. It is designed for exchanges of data of various classification levels, ranging from ‘Unclassified’ to ‘Secret’, between ships at sea and on-shore command centres.

The network transmits data from applications specific to the coordination of carrier group operations and those dedicated to the daily and logistical management of life on board, such as those between information systems of theatre chiefs of staff on board a vessel for the duration of an operation.

Whether it’s a ship sailing alone or a carrier group, the various vessels are equipped to meet their respective connectivity requirements. The system is capable of combining several communication streams in order to optimise the use of the transmission capacity available at sea, which is, by nature, limited. It utilises satellite connections, such as Comcept or Syracuse, and also radio communication systems allowing all-IP (Internet Protocol) exchanges between ships, with a range of several dozen nautical miles.

RIFAN 2 also provides overall network management and cybersecurity incident monitoring capability. This monitoring can take place both from an on-shore management and control centre and also locally on board the ships, thus providing the crews with a degree of independence so that they can make best use of the network according to the operational situation.