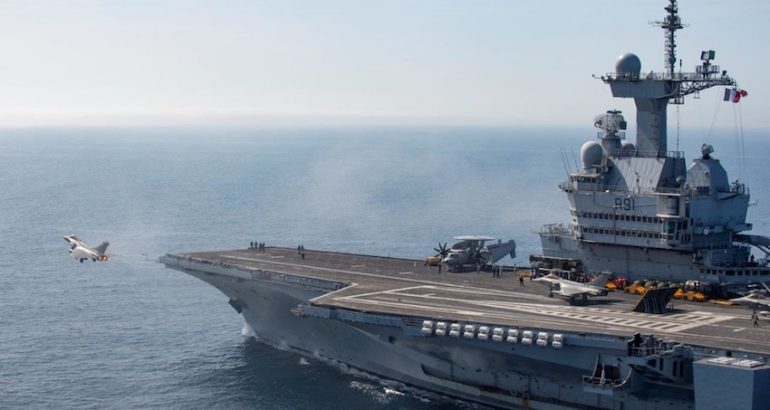 The Carrier Strike Group is composed of the Aircraft carrier Charles-de-Gaulle, the Danish frigate Daniel Juel, and an attack submarine among other assets. The Charles-de-Gaulle launched Rafale Marine and Hawkeye aircraft to support coalition troops on the ground and gather intelligence while other air assets and vessels were conducting air and maritime control operations.

The arrival of the CSG reinforces French military capabilities involved in Operation CHAMMAL and strengthens the Coalition against ISIS. The French air carrier group is familiar with this theater of operations in the Levant since it has already conducted three previous Arromanches missions since January 2015, which is a significant commitment to the military campaign against ISIS. This capacity building illustrates the determination of France and the coalition to complete the military defeat of ISIS.