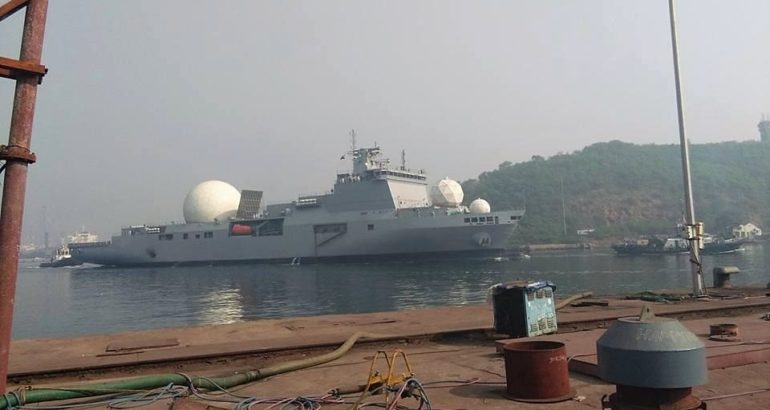 The picture shows the vessel’s construction is now nearly completed. Initially set for 2018, the sea trials should be starting this year.

The ship will be named once it is commissioned and its current designation follows the yard number where it is being constructed. Tracking ships, also called a missile range instrumentation ships, equipped with antennas and electronics to support the launching and tracking of missiles and rockets.

VC-11184 has a displacement of 15,000 tons and a length of 175 meters. Its keel was laid by HSL in October 2014. The vessel will be used by the Indian Navy to support the test campaigns of Indian ballistic missiles. It also has a secondary role of command ship to lead a maritime force.