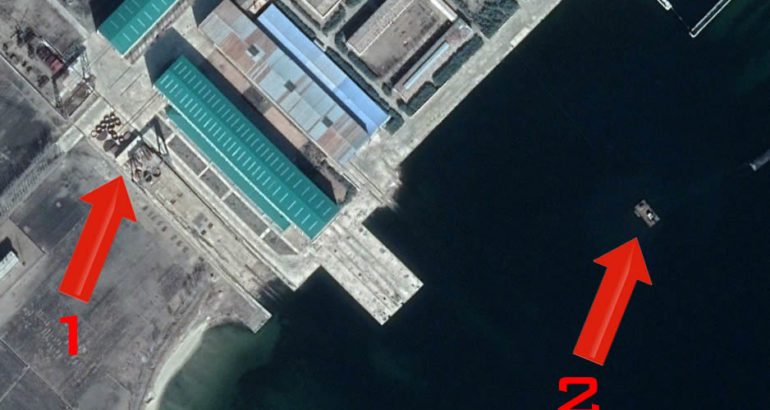 As the newspaper noted, recent satellite imageries from March 2 show a large number of cylindrical components and parts presumed to be submarine bulkheads at the Sinpo shipyard in North Korea.

A new floating barge is also present in the vicinity, which could be used for underwater testing.

“A large quantity of components presumably needed to build a 3,000-ton sub, which the North has been developing, have turned up recently at a shipyard in Sinpo, South Hamgyong Province. We’ve also spotted a floating dock deployed off Sinpo, apparently for a missile test” a senior South Korean military spokesman said.

The diameter of the purported hull sections is 10 meters. According to the newspaper, calculations show that with such a diameter, the displacement of the new submarine should be around 3000 tons and that it could potentially carry 3 to 4 ballistic missiles.

The DPRK Navy currently has only one Sinpo-class submarine with a displacement of about 2,000 tons and can be equipped with only one ballistic missile. Thus, this submarine has quite a limited strategic strike capability.

If Pyongyang manages to build a new, larger, ballistic missile submarine, it will increase its ability to deliver a strategic strike. A submarine is much harder to detect and destroyer than land based launchers (even mobiles ones). In addition, the DPRK is rumored to continue the development of the Pukkuksong-3 SLBM, the range of which will exceed the capabilities of previous missile of the Pukkuksong family (namely the 1 and 2 variant) with an estimated range of approximately 2,000 km.