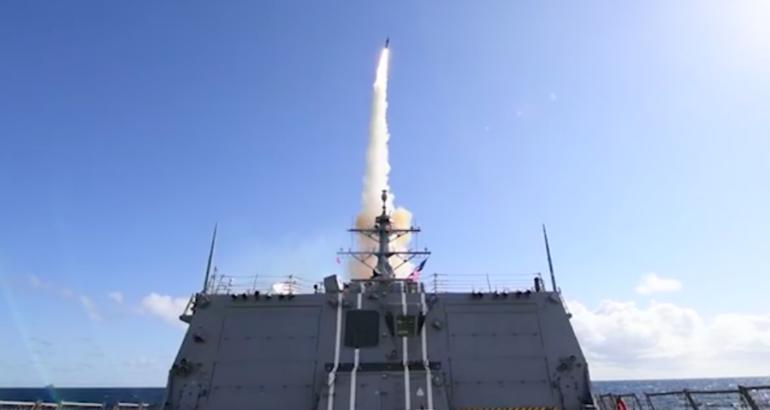 Raytheon's missiles played vital roles in the Naval Striking and Support Forces NATO military exercise called Formidable Shield 2019, which took place off the coast of Scotland and included scenarios of no-notice target launches, the US company said on May 28, 2019.

“Exercises such as Formidable Shield 2019 provide an opportunity to demonstrate effective collaboration in the battlespace,” said Dr. Mitch Stevison, Raytheon Strategic and Naval Systems vice president. “Raytheon missiles and naval defense systems offer a trusted shield of protection for the military assets of the United States and its allies.”

The SM-3 interceptor is used by U.S. and Japanese navies and is operational at a land-based site in Romania. The SM-2 and ESSM missiles provide layered defense for the U.S. and allied navies.

The program has nearly 30 successful space intercepts, and more than 250 interceptors have been delivered to U.S. and Japanese navies. The SM-3 Block IB interceptor has an enhanced two-color infrared seeker and upgraded steering and propulsion capability that uses short bursts of precision propulsion to direct the missile toward incoming targets. In 2014, the Block IB variant was successfully launched for the first time from an Aegis Ashore testing site in Hawaii. It became operational in 2014, deploying for the first time on U.S. Navy ships worldwide.

In cooperation with Japan, Raytheon is developing the next-generation SM-3 Block IIA interceptor. It has two distinct new features: larger rocket motors that will allow it to defend broader areas from ballistic missile threats and a larger kinetic warhead. The interceptor’s kinetic warhead has been enhanced, improving the search, discrimination, acquisition and tracking functions, to address advanced and emerging threats. The Block IIA variant is the centerpiece of the European missile defense system. It will be deployed ashore in Poland to complete Phase 3 of the European Phased Adaptive Approach.