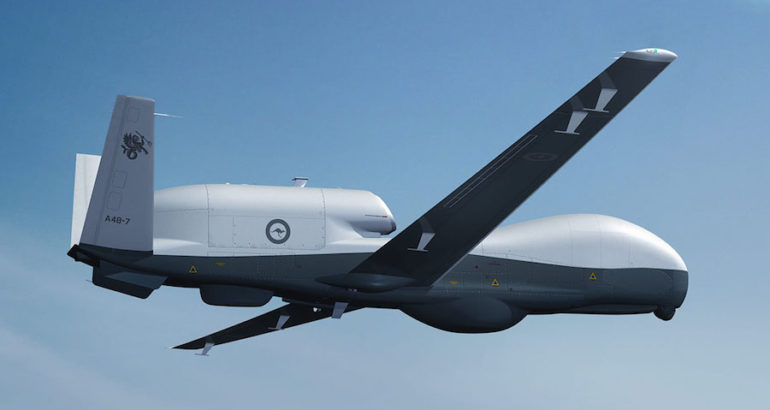 Northrop Grumman has been awarded a $65 million advance acquisition contract for long-lead components for the manufacture and delivery of three LRIP Lot 5 MQ-4C Triton unmanned aircraft for the US Navy and the Australian Defense Force (ADF).

Northrop Grumman has been awarded a $65 million advance acquisition contract for long-lead components for the manufacture and delivery of three LRIP Lot 5 MQ-4C Triton unmanned aircraft for the US Navy and the  Australian Defense Force (ADF).

Besides the MQ-4C unmanned aircraft, this contract provides equipment and associated materials for two ground stations for the US Navy and one for the ADF.

According to Australia’s 2016 Defence White Paper, the ADF has a requirement for seven high altitude, long endurance Triton unmanned aircraft. Northrop Grumman will deliver the Triton through a cooperative program with the US Navy.

In addition to the seven MQ-4C Triton UAS, Australia is set to procure 15P-8A Poseidon MPA in order to boost its maritime surveillance capability.

According to its launch customer, the US Navy, the MQ-4C Triton is an autonomously operated system that provides a persistent maritime ISR capability using multiple maritime sensors. The MQ-4C Triton air vehicle is based upon the United States Air Force (USAF) RQ-4B Global Hawk, while its sensors are based upon components of (or entire systems) already fielded in the DoD inventory. Along with the P-8A manned aircraft, the MQ-4C Triton is integral to the Navy’s Maritime Patrol and Reconnaissance Force (MPRF) Family of Systems (FoS). The MPRF is the operational agent for the MQ-4C Triton and Commander, Patrol and Reconnaissance Group (CPRG) is the fleet sponsor for the manned/unmanned integration concept.