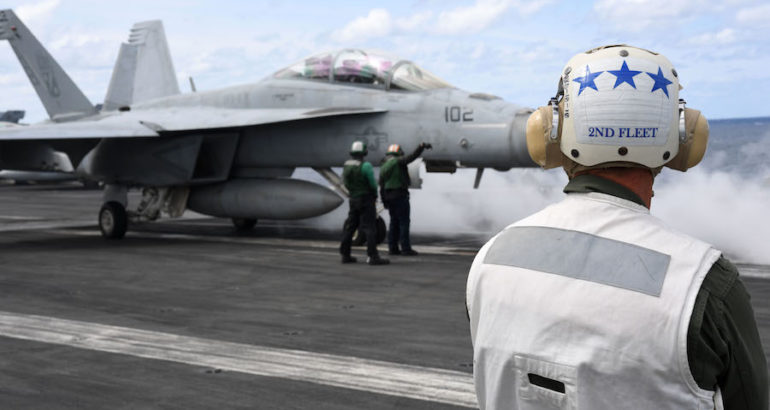 U.S. 2nd Fleet declared the command has achieved initial operational capability (IOC) May 29, less than one year after being established by senior military leaders.

“The North Atlantic has some of the world’s busiest shipping lanes, and with the opening of waterways in the Arctic, this traffic will only grow,” Lewis said. “This is a fact acknowledged by both our allies and competitors, and as such, it is critically important U.S. 2nd Fleet reinvigorates the way our forces are employed in this influential theater.”

In achieving IOC, the command has reached the capability to command and control forces assigned, as is expected of a numbered fleet, utilizing the functions and processes of the Maritime Operations Center and Maritime Headquarters.

A few days after achieving IOC, the new Fleet will lead Exercise Baltic Operations (BALTOPS), marking the first time the Fleet will operate in the European theater, and leveraging increased lethality, interoperability and integrated warfighting capability with allies and partners in the region.

“BALTOPS 2019 is our collective opportunity to promote peace and security through cooperation, collaboration, interoperability, and an unambiguous display of strength in the Baltic region,” Lewis said. “As an alliance, increasing our capabilities across all-domains as well as building a command-wide network will give us the ability to deter aggression and project stability.”

U.S. 2nd Fleet exercises operational and administrative authorities over assigned ships, aircraft and landing forces on the East Coast and the North Atlantic. Additionally, it plans and conducts maritime, joint and combined operations as well as trains and recommends certification of combat ready naval forces for maritime employment and operations around the globe.