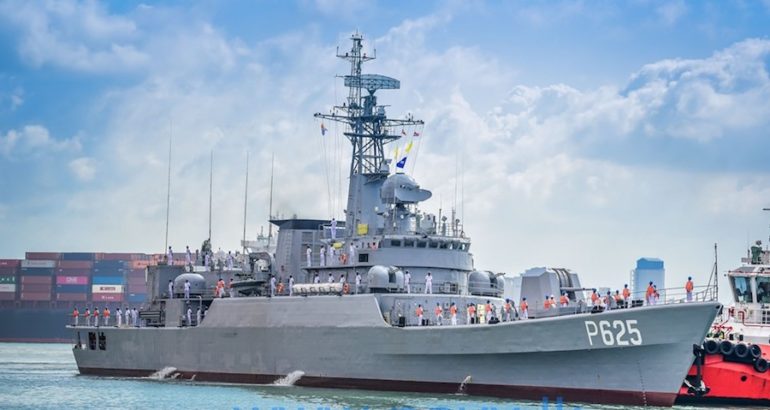 The Type 053H2G-class frigate taken over from the People's Liberation Army Navy (PLAN) to increase the operational capabilities of the Sri Lanka Navy arrived at the port of Colombo on July 8th 2019.

Formerly known as the multirole frigate « Tongling », the vessel was decommissioned in 2015 and transferred to the Sri Lanka Navy in September 2018.

Redesignated « P625 » within the Sri Lanka Navy service, the ship was welcomed by the ambassador of the People’s Republic of China in Sri Lanka, H.E. Cheng Xueyuan, the Commander of the Sri Lanka Navy, Vice Admiral Piyal De Silva, the Chief of Staff of the Navy, Rear Admiral Nishantha Ulugetenne, and others senior officers from the Naval Headquarters and Western Naval Command.

Subsequently, the Commander of the Sri Lanka Navy made an inspection visit onboard the ship and supervised the functional and operational aspects of the vessel. Meanwhile, the ship is scheduled to receive its auspicious commissioning in the near future.

After the ship is included in the SLN fleet, she will be deployed for patrol and surveillance missions in the deep seas around Sri Lanka. Besides, the ship will also be used for search and rescue operations to provide security and assistance to naval and fisheries community.