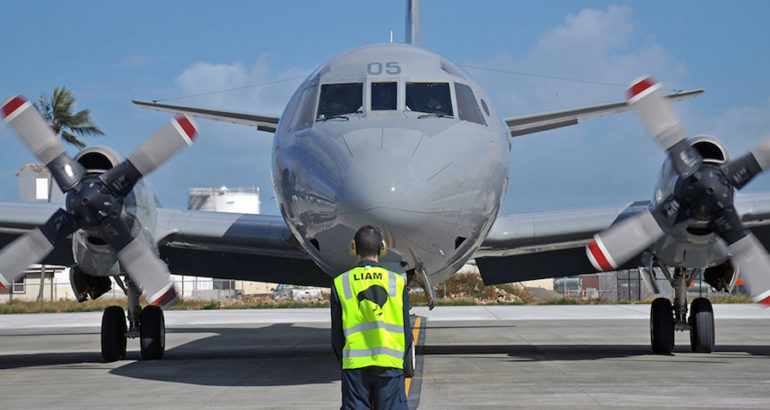 Delivered under a US$22 million contract to enhance the nation’s airborne anti-submarine warfare (ASW) capability, this is the first time the technology has been installed on P-3 Orion aircraft anywhere in the world.

First awarded in late 2016, the project included upgrades and modifications to mission systems and aircraft components, as well as inflight and ground-based simulation for training, spares and maintenance support. With the first aircraft upgrades completed just under 18 months following contract award, the final aircraft is now complete – providing the RNZAF fleet with dramatically-improved ASW capability. This upgrade will help bridge the gap until replacement with the P-8A Poseidon to maintain a core capability.

New Zealand first announced plans to buy four P-8A Poseidon MPAs in July 2018. The country’s Defense Minister, Ron Mark, then said the aircraft were acquired from the United States through its foreign military sales program and would cost US$1.6 billion. “Maintaining maritime patrol capacity is essential for new Zealand’s national security and for our ability to contribute to global security efforts,” Mark then told local medias.

Boeing’s low-risk, affordable and platform-agnostic solution utilizes deployed sonobuoys to detect the type and location of submarines and sends information back to the acoustics operator. The upgrade also includes an onboard training system that simulates deploying buoys and receiving underwater acoustic data to ensure acoustics operators experience real-world mission scenarios.

“By successfully integrating this ASW technology onto the RNZAF’s fleet of P-3s, the Boeing team has demonstrated that we can rapidly extend this critical ASW capability to numerous platforms around the globe,” said Rob Bergeron, Boeing Underwater Intelligence, Surveillance and Reconnaissance program manager.

As prime contractor, Boeing partnered with New Zealand-based businesses Airbus New Zealand and Beca Applied Technologies on the aircraft installation and software, and with Marops to provide the acoustic scenario generator for the airborne acoustic trainer.

In 2018, New Zealand Minister of Defence Ron Mark recognized Boeing and its partners with the Minister of Defence Award of Excellence for their contributions to the upgrade project. “Boeing’s exceptional leadership of this upgrade project, with the team of New Zealand companies supporting it, is a great example of the collaboration that I am keen to see expanded into other defence capabilities,” said Mark.

“When industry works together to focus our collective strengths, the ultimate winner is our customer and the mission we all support,” said Bergeron. “This upgrade is a first for the platform and something that New Zealand should be very proud of.”

As a result of this upgrade, RNZAF acoustics operators can quickly start operations with P-8A aircraft, the world’s preeminent ASW/anti-surface warfare (ASuW) platform providing multi-mission capability. The RNZAF has signed a Letter of Acceptance with the U.S. Navy to purchase four P-8As through the Foreign Military Sales process. In addition to enabling New Zealand to more effectively discover, monitor and deter submarine threats, P-8A will provide ASuW capability, intelligence, surveillance and reconnaissance technology, and the ability to perform humanitarian aid and search and rescue missions.