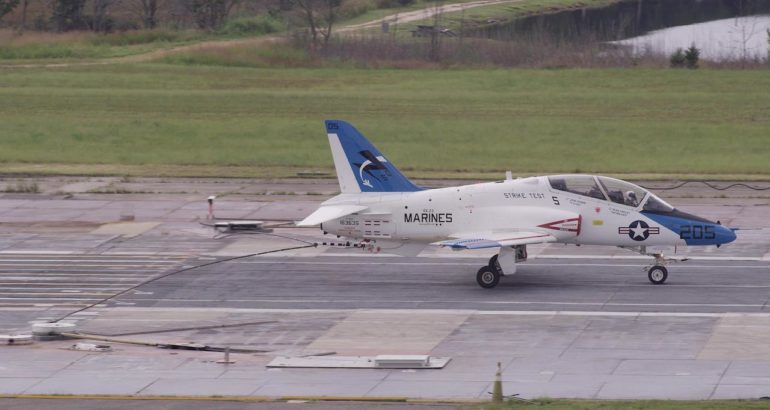 A US Navy's T-45C Goshawk began Advanced Arresting Gear (AAG) performance testing at the Runway Arrested Landing Site (RALS) located at Joint Base McGuire-Dix-Lakehurst, New Jersey, according to a picture released on August 27.

By the end of this year, the AAG Program is scheduled to release formal approval authorizing T-45 Type Model Series aircraft flight operations on CVN 78.

AAG is a turbo-electric system designed for controlled and reliable deceleration of aircraft. AAG is installed on board Gerald R. Ford (CVN 78) along with the GA-EMS Electromagnetic Aircraft Launch System (EMALS), which uses electromagnetic technology to launch aircraft from the deck of naval aircraft carriers. Both systems have been successfully tested during at-sea periods on CVN 78, and are currently in production for the future John F. Kennedy (CVN 79) and Enterprise (CVN 80).