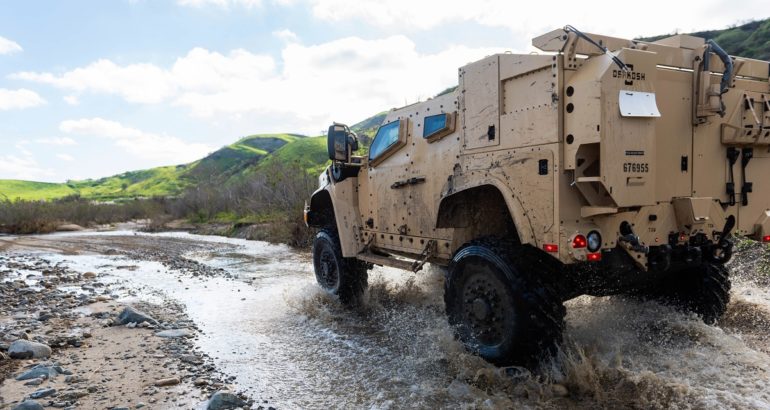 A Joint Light Tactical Vehicle displays its overall capabilities during a live demonstration at the School of Infantry West, Marine Corps Base Camp Pendleton, California, Feb. 27, 2019. The JLTV consists of multiple platforms capable of completing a variety of missions while providing increased protection and mobility for personnel across the Marine Corps. (Official Marine Corps photo by Sgt. Timothy R. Smithers/Released)

“Congratulations to the combined JLTV Team for acting with a sense of urgency and reaching IOC early,” said Assistant Secretary of the Navy for Research, Development and Acquisition James Geurts. “Changing the speed in which we deliver, combined with coming in under cost and meeting all performance requirements, is a fine example of increasing Marine Corps capabilities at the speed of relevance which enables our Marines to compete and win on the modern battlefield.”