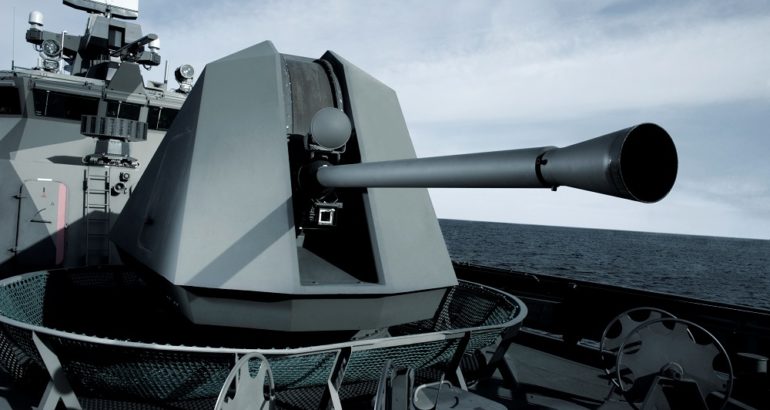 BAE Systems has been selected by the vessel contractor to provide the German federal police force, Bundespolizei, with three 57mm naval guns for its three new 86m Offshore Patrol Vessels (OPVs) built by Fassmer shipyard. The gun systems, known as the Bofors 57 Mk3, will support the maritime arm of the Bundespolizei that monitors the country’s North Sea and Baltic coastlines.

The 57 Mk3 is a flexible, highly versatile gun system designed to react quickly for close-to-shore operations.

“The Bofors 57 Mk3 is a versatile naval gun with firepower and range that exceeds expectations when compared with similar, medium calibre naval gun systems. That’s how our 57 millimeter system has earned its reputation as the deck gun of choice for ships operating in coastal environments. This contract expands the number of European nations deploying the 57 Mk3 and reflects the growing interest we’re seeing in the region, where we look forward to supporting new opportunities in the near future.”

The 57 Mk3 naval gun is also in use with the allied navies and coast guards of eight nations, including Canada, Finland, Mexico, and Sweden, as well as the United States, where it is known as the Mk110 naval gun.

This contract also includes accompanying fire control systems as well as systems integration support. Work is expected to begin immediately and will be performed at the BAE Systems facility in Karlskoga, Sweden. The first unit is scheduled for delivery in 2020.