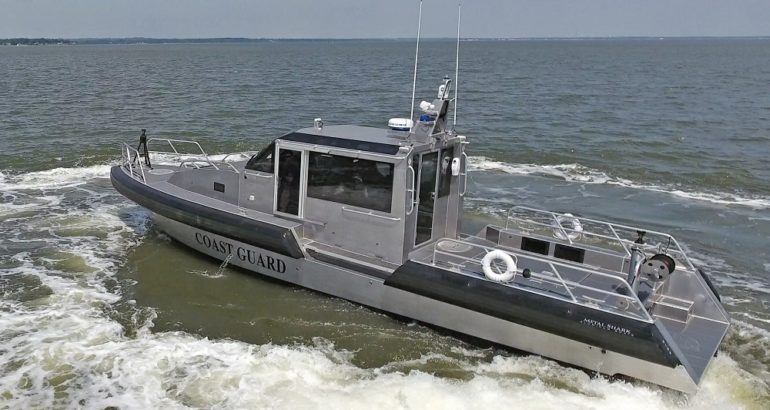 The first round of Peruvian Navy maritime interdiction vessels are now being built by Metal Shark in the United States. Under a co-production agreement with SIMA, Metal Shark plans to deliver multiple similar vessels to Peruvian interests through training and the transfer of designs, technological resources, and production methodologies to SIMA.

Production of 45-foot Defiant-class patrol boats for the Peruvian Navy recently commenced at Metal Shark’s Jeanerette, Louisiana production facility. Designed in-house by Metal Shark, the 45 Defiant is an increasingly popular platform, with vessels in service with multiple operators in the US, the Caribbean, and Asia.

In 2016, Metal Shark delivered the first six 45 Defiant patrol boats of an eighteen-boat order from the US Department of Defense, providing advanced technology to stabilize US interests in South Asia. These very nimble and capable military patrol vessels are configured for coastal and nearshore patrol, search and rescue, and interdiction. They are powered by twin Cat Diesel C9 engines and Hamilton waterjets. Production is ongoing.