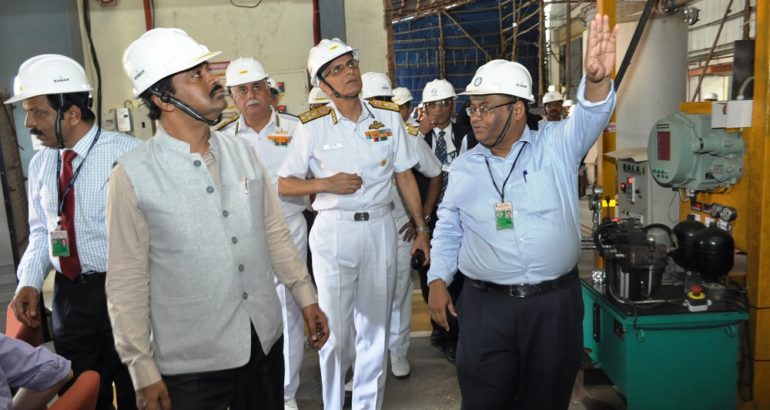 The DRDO is an agency of the Government of India, charged with the military’s research and development. India’s AIP system will eventually be fitted aboard all Kalvari-class submarines.

AIP has a force multiplier effect on lethality of a diesel electric submarine as it enhances the submerged endurance of the boat, several folds. Fuel cell-based AIP has merits in performance compared to other technologies. The DRDO programme to build a fuel cell-based AIP system for Indian Naval Submarines has crossed several milestones in technology maturity.

Operation of the land-based prototype engineered to the form-and-fit of a submarine was witnessed by Chief of the Naval Staff Admiral Karambir Singhin the presence ofSecretary, Department of Defence R&D and Chairman DRDO Dr G. Satheesh Reddy at the Naval Materials Research Laboratory in Ambernath, Maharashtratoday.

In his remarks, the Chief of the Naval Staff appreciated the breakthrough accomplishments achieved in this programme and said that the programme is of great value to the nation and Indian Navy in particular. He urged DRDO and Indian Navy to continue the partnership to meet the timelines set for short and long-term goals.

The DRDO Chairman assured that all efforts will be made to meet the performance standards and timelines of the programme so that induction of DRDO AIP into operational Submarines could be achieved as per Indian Navy schedule.

As previously reported, Naval Group India engineers are already working with the DRDO for the integration of an Indian designed AIP module. Initially, the 5th and 6th submarine should have received an AIP plug. But due to delays in the propulsion module design at DRDO, it was later decided that the AIP plug will be retrofitted to each Kalvari-class submarine during their first normal refit that occurs every 7 years.