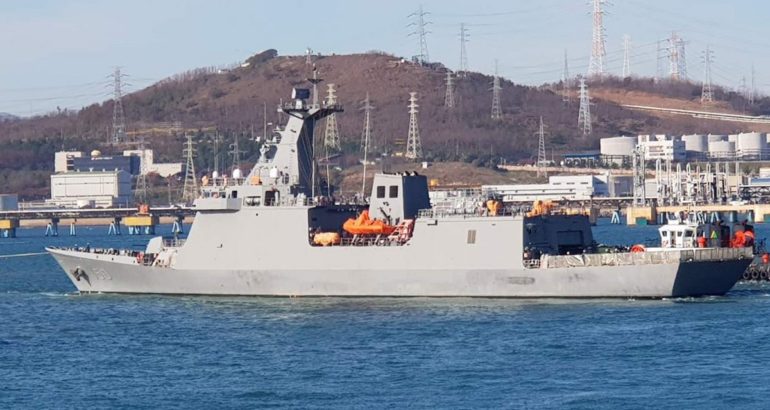 The brand new frigate will be put to the test in the waters off Ulsan, Busan, and Mokpo in South Korea until November 27.

Sister-ship BRP Antonio Luna was launched by HHI at the same shipyard earlier this month. The lead ship ‘Jose Rizal’ was launched on May 23, 2019 and is scheduled for delivery to the Philippine Navy in April 2020.

“The activity signifies that the PN is inching closer to its dream of acquiring highly capable warships,”

The Philippine frigate will have four anti-ship missile launchers (presumably, for South Korean SSM-700K Haeseong / C-Star by LIG Nex1), two SIMBAD-RC short range SAM system by MBDA, a 76-mm main gun, one Aselsan SMASH 30mm secondary gun, two 324-mm three-tube torpedo launchers (presumably for K745 Chung Sang Eo / Blue Shark torpedoes by LIG Nex1). It will be fitted for but not with an 8x cell VLS for surface to air missiles. The ship has an helicopter deck and hangar to accommodate a Leonardo AW159 Lynx Wildcat helicopter (two such helicopters have been ordered for the Navy of the Philippines). Most of the sensor and electronic suites will be provided by Thales.