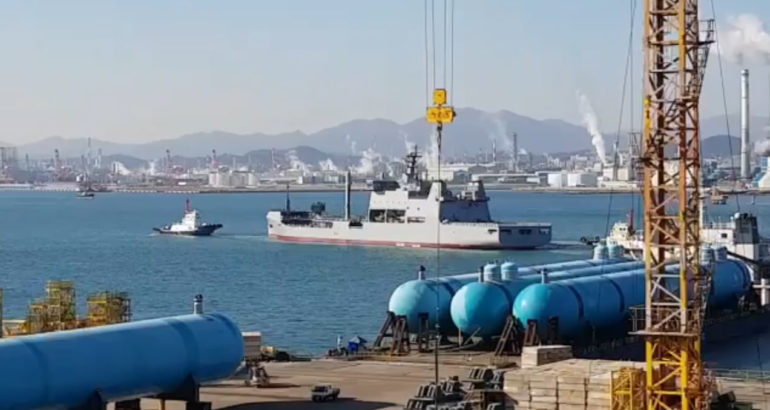 HMNZS Aotearoa was built by HHI at the Ulsan shipyard. She was launched in April this year and christened in October.

Following sea trials, Aotearoa will sail to New Zealand in the second quarter of next year and will be formally commissioned at the Devonport Naval Base.